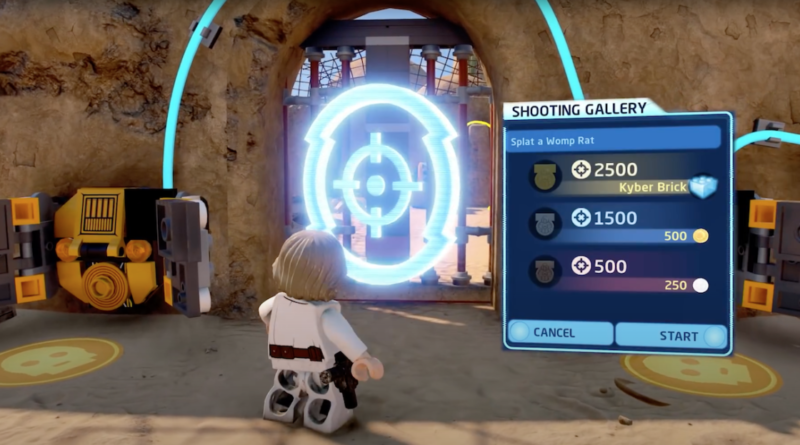 As well as the main story and open-world missions, LEGO Star Wars: The Skywalker Saga also includes unique side quests to tackle.

LEGO Star Wars: The Skywalker Saga is already looking like the biggest LEGO video game to date. TT Games has spent years developing the title and last week’s overview trailer reveals just how much hard work and hours must have gone into creating the game.

There certainly appears to be plenty of freedom for players to tackle the game’s main storyline, starting with the first chapter of each Star Wars trilogy, as well as open-world missions on a number of planets throughout a galaxy far, far away.

The trailer also gives us our first glimpse at the game’s fun side quests, with Luke Skywalker taking on a Shooting Gallery challenge in order to blast womp rats, trying to earn plenty of studs and a new Kyber Brick. Another sequence shows a mass bar room brawl in the Mos Eisley Cantina, with Chewbacca getting stuck into a fight with all sorts of scum and villainy.

Whilst those side quests are sure to be of interest to completists keen to finish the game 100%, we’re just as interested in the NPC scene featuring Obi-Wan Kenobi. In the sequence it appears that a group of Sandtroopers is searching for Greedo and asks Obi-Wan a multiple-choice question. Depending on a player’s knowledge of Star Wars and their answers, it’s possible that successful completion of this sort of side quest will be rewarded with a new character to unlock.

LEGO Star Wars: The Skywalker Saga is available to pre-order now and will be available from April 5.