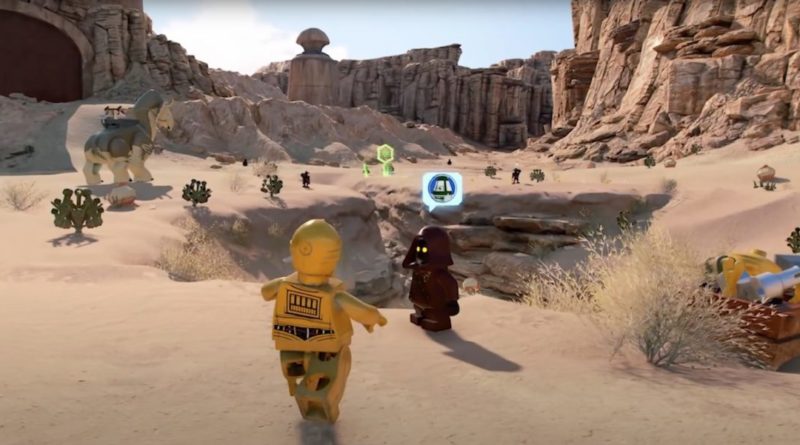 The recent Building the Galaxy trailer has revealed more details regarding missions in the upcoming LEGO Star Wars: The Skywalker Saga.

As well as multiple movie story levels to play though and massive open worlds to explore, players will also be able to tackle a number of bonus missions in LEGO Star Wars: The Skywalker Saga. The TT Games title is said to be packed with a variety of tasks to complete that will unlock Kyber Bricks, characters, vehicles and more.

New details regarding the game’s missions are featured in the recent Building the Galaxy trailer. Some of the missions appear to be straightforward objectives to be completed, whilst others require players to follow a string of specific quests in order to access rewards.

Simpler missions include collecting food to satisfy the appetite of a hungry Sarlaac (and freeing a trapped astromech droid) or guiding a nervous Wampa safely out of Echo Base on Hoth. More involved multi-part missions will see players starting on one planet before hopping in a ship and travelling via hyperspace to another location in order to move on to the next part of a challenge.

A menu screen in the latest trailer shows that missions appear to be listed by planet, with a set number to be completed for each location. Missions will be split into four different types: characters, puzzles, races and an unknown star symbol (which has yet to be revealed). Upon selecting a mission, players are given details of who the mission-giver is, what the player has to do and what reward they’ll receive upon completion.

Finishing a mission will result in players receiving Kyber Bricks, new unlockable characters and vehicles and data chips. With at least 24 planets to explore and multiple missions to tackle on each, it certainly looks like players will be spending a lot of time with the game in order to successfully complete it 100%.

LEGO Star Wars: the Skywalker Saga is available to pre-order now and will launch on April 5.