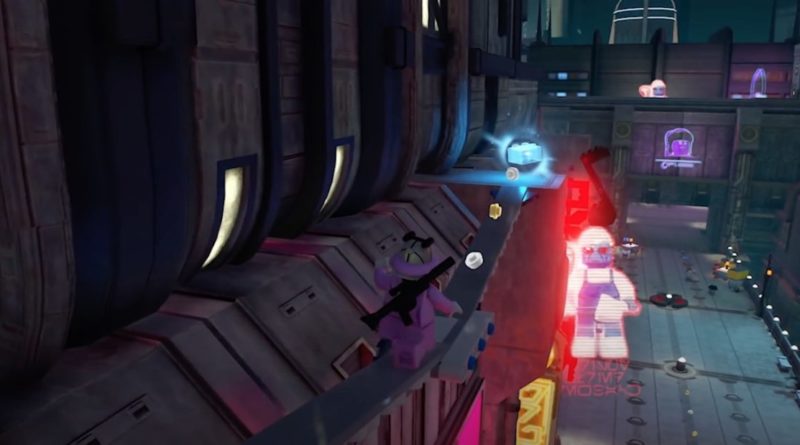 Last week’s Building the Galaxy trailer for LEGO Star Wars: The Skywalker Saga was packed with all sorts of secrets, including five that we spotted.

The most recent developer trailer for the upcoming LEGO Star Wars: The Skywalker Saga was released last week, giving fans yet another peek behind the curtain of the TT Games title. Building the Galaxy revealed even more unseen footage from the game, with details on missions, ships and characters. WB Games also announced today that a new trailer for LEGO Star Wars: The Skywalker Saga will debut at the Future Game Show on March 24, so there will likely be even more revelations contained with the forthcoming video.

As with all of the LEGO Star Wars: The Skywalker Saga marketing material released to date, a closer look at last week’s trailer reveals many subtle hidden secrets for fans to spot. Here are five things that grabbed our attention in the Building the Galaxy trailer:

These hilarious droids make a couple of appearances in the latest trailer, trundling along whilst wearing a Stormtrooper helmet. Could they be part of the game’s missions or even a companion character? We’ll have to wait and see…

In one shot of the Takodana overworld level, a grey ship can be seen flying past. This is Dash Rendar’s Outrider, a YT-2400 light freighter from the 1996 Shadows of the Empire multimedia project. We’re hoping to be able to unlock and pilot this ship in the game. Although no LEGO Star Wars Outrider set has been released to date, there are alternative building instructions for 6211 Imperial Star Destroyer on LEGO.com for fans to make their own version of the ship.

We already know the game will include over 300 playable characters, including those available with the previously-announced seven DLC packs. However, the trailer also shows us Mama the Hutt, a character from The Clone Wars TV shows. Will other fan-favourites from the animated series be unlockable?

TT Games has a great sense of humour and this always shines through in their LEGO games. One of many examples of this can be seen on the vehicle selection screen, where it looks like you’ll be able to unlock and then pilot a (yes) Gonk Ship.

A new look at the character screen reveals that Dark Rey will be unlockable and playable in the game. You can see her at the top right of the screen and she will be part of the Dark Side character class selection.

LEGO Star Wars: The Skywalker Saga is due to launch on April 5 and you can find out all about which version to pick up in our pre-order guide.