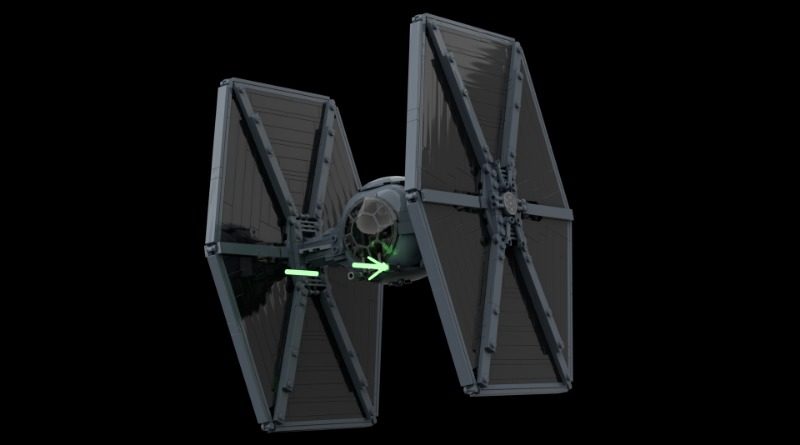 It turns out the best colour for LEGO TIE Fighters might actually be sand blue. One ingenious builder has mocked up a couple of custom Star Wars ships in the unique livery, and the results are awesome.

Redditor TheDeskchair posted images of his recoloured creations, which are based on BrickVault’s designs, on the r/legostarwars subreddit. And while those incredible builds are worth a look all by themselves, we can’t get over just how good the sand blue colour scheme looks.

The LEGO Group’s earliest TIE Fighters were black with a regular blue tint, which was definitely more interesting than just black and grey, but it wasn’t very accurate, either. After churning out almost the entire TIE family in the Star Wars theme’s first few years, the company finally pivoted to grey in 2010 with 8087 TIE Defender.

Since then, most LEGO TIE Fighters have been a dull mix of black and light grey. It’s more accurate than bold blue, particularly for A New Hope. The production models used for that movie were originally blue, but switched out for grey to make them easier to film against a bluescreen.

For the first two sequels, though, Lucasfilm switched the Imperial ships’ hue once again. And that means LEGO light grey still doesn’t quite match the props used for The Empire Strikes Back and Return of the Jedi. Just look at this photo for the proof.

These production models of the TIE Fighter and TIE Interceptor are clearly somewhere between blue and grey. Somewhere like – for instance – sand blue, at least in the context of the LEGO colour palette.

Of course, this is LEGO, so you could always just recolour your own sets at home. Except you can’t, at least as far as BrickVault’s brilliant models are concerned. That’s because sand blue is still a pretty rare LEGO colour, so a lot of the parts required don’t actually exist.

For now, then, we’ll have to be content with TheDeskchair’s virtual builds. But here’s hoping the LEGO Star Wars design team takes note, because we’d love to see a sand blue TIE Fighter become reality.

If you want an immediate TIE Fighter fix, 75272 Sith TIE Fighter is available now. Or for a more TIE-adjacent display model, check out 75274 TIE Fighter Pilot Helmet. You can support us by buying both LEGO Star Wars sets directly from LEGO.com using our affiliate links.