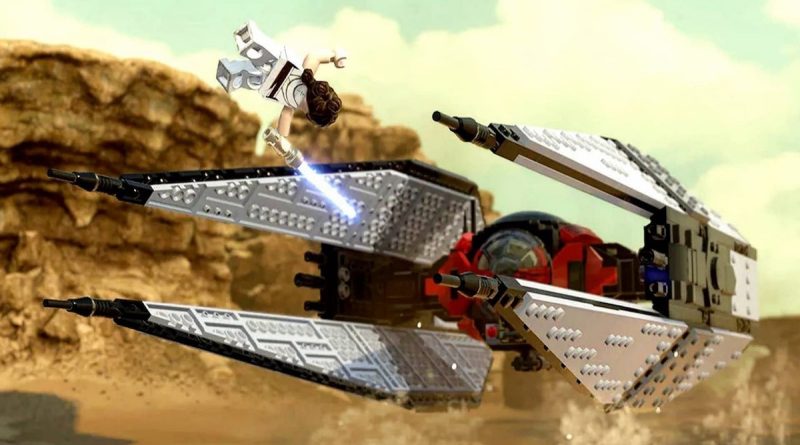 It looks like the LEGO Group hasn’t forgotten about the Star Wars sequel trilogy altogether, as a future LEGO Star Wars magazine will include the first-ever TIE Whisper.

If you haven’t memorised the official names for every single vehicle that appeared on screen in episodes VII through IX – and who could blame you – the TIE Whisper is Kylo Ren’s personal transport in Star Wars: The Rise of Skywalker. It’s one of the most memorable icons from that movie if only because it formed a key part of its first trailer in 2019, as Rey leaps over it on the sands of Pasaana.

Three years on from the release of that trailer and film, we’re yet to receive a minifigure-scale LEGO set of what’s effectively a First Order TIE Interceptor. That really speaks to how little faith the LEGO Star Wars team seemingly has in the sequel trilogy, because it’s considerably low-hanging fruit for the designers to wring out, slotting in seamlessly next to 75272 Sith TIE Fighter. (A perfect design has already been achieved in LEGO Star Wars: The Skywalker Saga, too.)

But thanks to the LEGO Star Wars magazine, it hasn’t been forgotten entirely: and nor has the sequel trilogy as a whole, which has lacked representation of almost any kind in the past couple of years. In fact, practically the only nods towards The Force Awakens, The Last Jedi and The Rise of Skywalker (beyond a 4+ set) have come through Immediate Media’s official mag, which has previously brought us minifigures of Rey, BB-8 and a Sith Trooper.

It’s now set to continue that tradition with Issue 88, which will include a microscale model of the TIE Whisper. With just 34 pieces in its foil bag, the designers have had to take a couple of creative liberties, including swapping out the vehicle’s majority-grey colour scheme for black. It’s still very clearly Kylo’s ship, though, with those red accents doing plenty of heavy lifting.

Issue 88 of the LEGO Star Wars magazine should arrive on shelves in the UK in October. Issue 86 – which comes with a free Mandalorian Loyalist minifigure – is available now, while Issue 87 includes a microscale rendition of 75316 Mandalorian Starfighter. Look out for that one in supermarkets and newsagents from September.