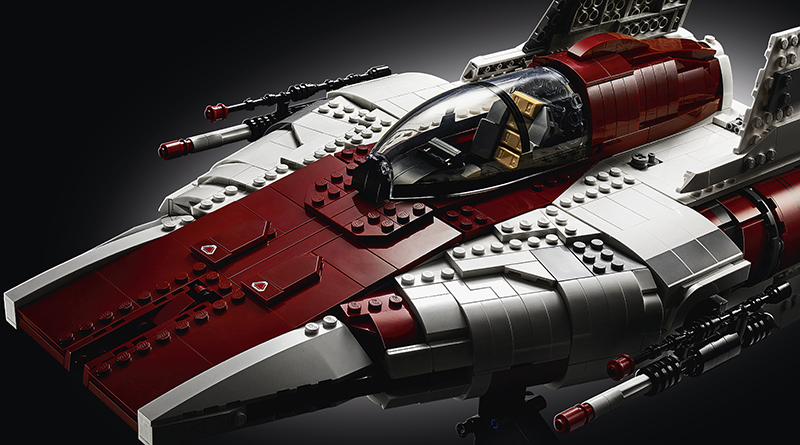 There are a few errors on the sticker that will be included with the upcoming LEGO Star Wars Ultimate Collector Series 75275 A-wing Starfighter.

On May 1, the latest LEGO Star Wars Ultimate Collector Series (UCS) set will be released – 75275 A-wing Starfighter. One of the things that LEGO fans enjoy doing is looking out for when the company makes little mistakes on the stickers and printed elements included in sets – and there are indeed errors on this one.

Brickset has used the attention to detail that comes with maintaining a massive LEGO database to highlight the mistakes – some, like stylising the ship’s name as A-Wing rather than A-wing is probably of more interest to those editing websites than Star Wars fans, but the others are a bit more cut and dry:

There is one more listed, but it is worth taking a look at the image, seeing if you can spot it, then clicking through to see if you got it right – it’s a very, very specific one!

As Brickset points out, UCS sets having errors on the plaques goes all the way back to 7181 TIE Interceptor and 7191 X-wing Fighter.