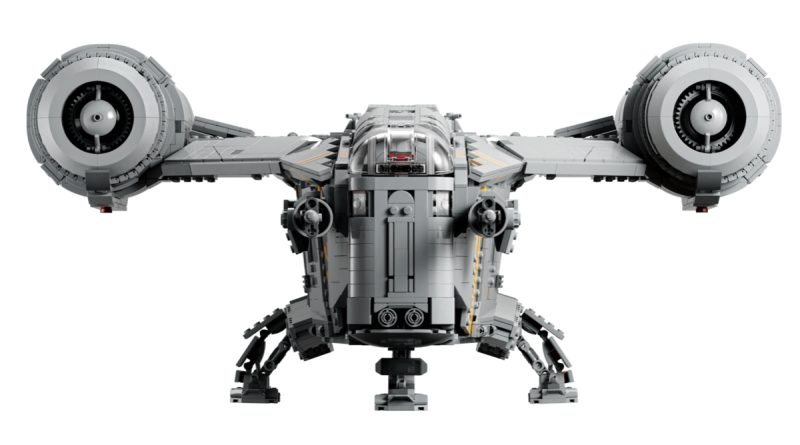 With the announcement of the new Razor Crest set, the LEGO Star Wars team moves into previously uncharted territory.

LEGO Star Wars fans started to get excited – and their wallets started to tremble – with the announcement of the 36th entry into the Ultimate Collector Series line up. Din Djarin’s trusty, rusty craft, an ST-70 class Razor Crest M-111 Assault Ship, jumps in to the UCS line up as the third largest set after 75313 AT-AT and the mighty 75192 Millennium Falcon.

But while the (SPOILER ALERT) ill-fated Razor Crest might not be the biggest UCS set you’ll ever see, it does have one particular claim to fame. For the previous 35 sets, ranging from star ships to play sets, droids to a ‘not-quite-sure-who-wanted-this’ bust of Darth Maul, released over the course of 22 years, all have one thing in common.

They were all based on the Skywalker saga. Each set is lifted from one of the nine main films in the Star Wars series, although the vast majority, it must be said, come from the original trilogy. And so it’s quite something to have the latest UCS set taken from elsewhere, namely the Disney Plus series, The Mandalorian.

Given the plethora of Star Wars content being generated at the moment – as well as Mando’s adventures, we have The Book Of Boba Fett, Obi-Wan Kenobi and the recently launched Andor – that gives the LEGO Star Wars team a wealth of ideas to draw upon for future UCS designs. Add to that upcoming shows like Ahsoka and Star Wars: Skeleton Crew, not to mention all the animated series, and that gives us a new hope (see what we did there?) that there’s enough to keep the UCS line running for years to come.

By purchasing your LEGO via our affiliate links, you help to support Brick Fanatics. Thank you.