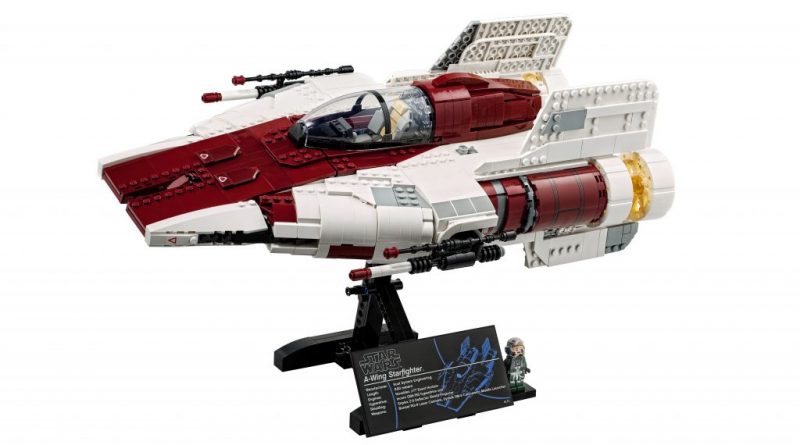 The next LEGO Star Wars Ultimate Collector Series has been revealed as 75275 A-wing Starfighter.

On May 1, the latest LEGO Star Wars Ultimate Collector Series (UCS) set will be released – 75275 A-wing Starfighter. It is the first time that the Rebel ship, introduced in Star Wars: Return of the Jedi, has been given the UCS treatment. It will be priced at £179.99 in the UK and $199.99 in the USA.

As well as building the ship itself, the 1,673 piece set will build a display stand and includes an exclusive A-wing Pilot minifigure. The model measures 27cm high, 16.5cm long and 26cm wide.

While the age marking is 18+, it would previously have been marked 16+, so is likely to be suitable for those who haven’t quite reached official adulthood.

Inspire memories of the classic Star Wars: Return of the Jedi movie with this cool Ultimate Collectors Series LEGO A-wing Starfighter (75275) building set! The sleek, arrowhead shape is beautifully reproduced in LEGO bricks and fans will appreciate authentic details such as the pivoting laser cannons and new-for-May-2020 removable canopy on the cockpit.

A testing building challenge for ages 18+ to enjoy solo or with friends and family, this model comes with a display stand, information plaque and an A-wing Pilot minifigure. And look out for other collectible build-and-display models, including the Stormtrooper Helmet (75276) and Boba Fett Helmet (75277).

The LEGO Group has been creating brick-built versions of iconic starships, vehicles, locations and characters from the Star Wars universe since 1999. LEGO Star Wars is its most successful theme, with building sets that make great birthday, Christmas or surprise gifts for fans of all ages. 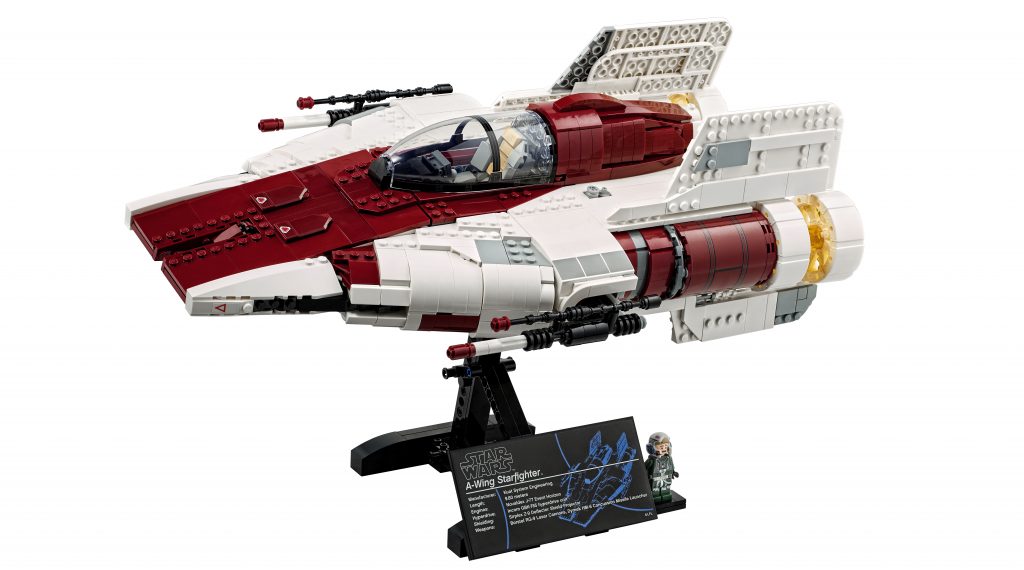