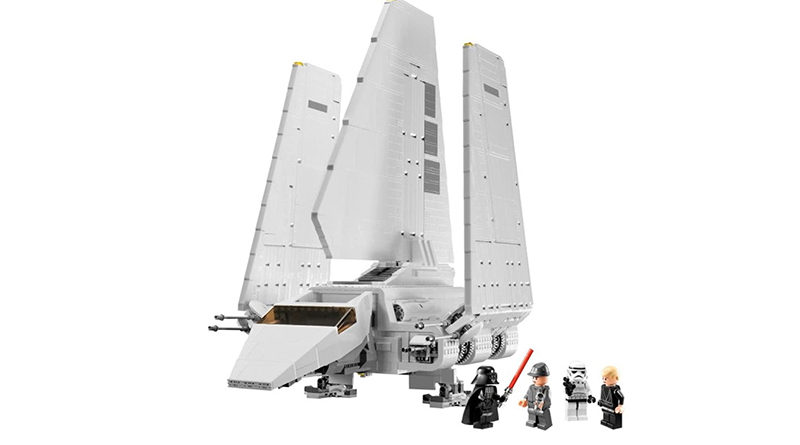 The Imperial Shuttle is rumoured to be returning to the LEGO Star Wars Ultimate Collector Series this September.

For the first time in a decade, LEGO Star Wars fans may have the opportunity to own an Ultimate Collector Series (UCS) edition of the Imperial Shuttle this September. In a rumour reported by Rebelscum, the movie-setting vessel from Return of the Jedi is teased for an update.

Back in 2010, 10212 Imperial Shuttle arrived as a super-detailed edition of the vehicle, although the box did not feature the much loved UCS acronym. That release closked in at 2,503 pieces, so if 75192 Millennium Falcon and 75252 Super Star Destroyer are anything to go by, a new version will likely blast past the 3,000 piece barrier.

For those who enjoyed the all-new nature of 75252 A-wing Starfighter (review) it will be a disappointing return to refreshes in the UCS line, but at least the Republic Gunship is confirmed as being in development.

In other rumours, Rebelscum has information about the Star Wars Celebration Anaheim exclusive.

As ever, rumours must be taken with a pinch of salt until official confirmation arrives from the LEGO Group or Lucasfilm.