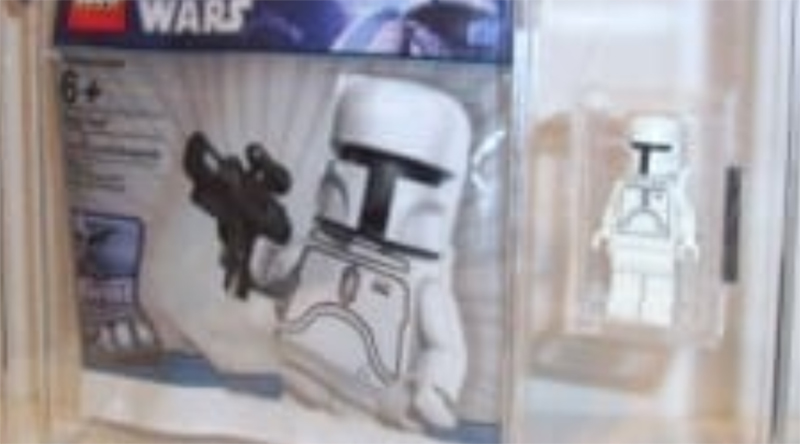 Fans will soon have the opportunity to win a LEGO Star Wars White Boba Fett minifigure and uncut sticker sheet in the VIP Reward Centre.

Back in 2010, LEGO Star Wars White Boba Fett was a gift with purchase polybag available at selected retailers. Now, the LEGO VIP Reward Centre will offer the minifigure as a prize in a sweepstake to celebrate the May the Fourth promotion.

For a number of points, VIPs will be able to enter a prize draw, with one winner randomly selected. They will get the White Boba Fett minifigure – UKG graded at 95% – and a ‘rare’, uncut, numbered sticker sheet. What is the sticker sheet? It has not been explained yet.

Another question is, will the Boba Fett be sealed in the polybag or loose? Either way, why has the LEGO Group gone to the expense of grading it? It looks like the company spent £34.99 plus VAT for the privilege. Perhaps the LEGO Group have opted for this unusual practice in order to make the prize appear more special and appealing.

The draw will be available in Canada (excluding Quebec), Estonia, France, Greece, Hungary, Ireland, Latvia, Lithuania, Luxemburg, Netherland, Austria, Switzerland, Slovakia, Sweden, United Kingdom and USA. It will run from May 1 until May 7.

Signed copies of the LEGO Star Wars Visual Dictionary will also be added to the VIP Reward Centre.

Three deals will be available from May 1 until May 4 at LEGO.com: