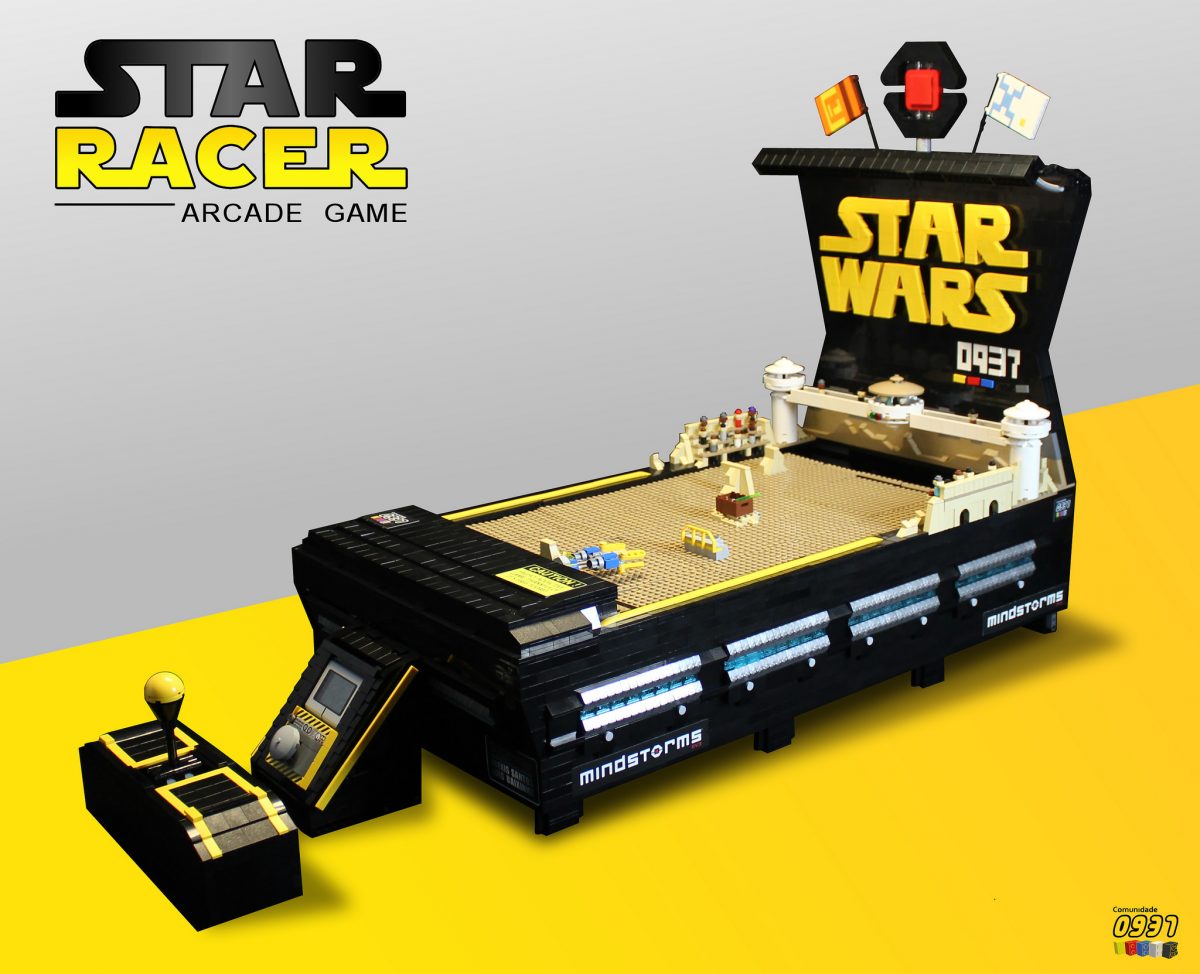 Alexis Dos Santos and Lbaixinho have been working for two years on an incredible working LEGO Star Wars build, and now it is getting some time in the online limelight. Rebelscum draws our attention to this brilliant arcade machine, inspired by the classic Star Wars Episode I: Racer video game.

Much like classic arcade machines, the player uses the joystick to help the podracer dodge the obstacles coming towards it. The machine uses four motors, a touch sensor and 6,000 LEGO elements.

The current range of LEGO Star Wars sets are available at shop.LEGO.com, with double points for Star Wars VIP card holders during February.