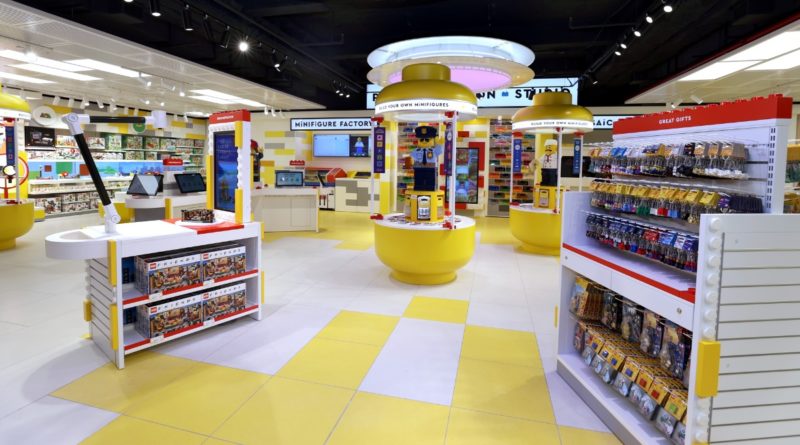 A former employee has revealed behind-the-scenes secrets of working at the LEGO Store – and offered insider hacks for shoppers hoping to make the most of their visits.

Responding to a prompt on TikTok, Aqil Dhanani (who calls himself an ‘unofficial BrickTok philosopher’) posted a 51-second clip that’s since gone viral on the video-sharing platform, amassing nearly 700,000 likes and more than 4,500 comments.

The original prompt asked for ‘a company secret that you can share because you don’t work there anymore’, suggesting Dhanani was once employed in the LEGO Group’s brand retail network. And he’s used that experience to give us valuable insight into how LEGO Stores reportedly operate, including why their staff are always so happy.

“The employees at the LEGO Store… are paid based on the success of the company, not based on the success of the store,” he claims. “So if you buy your LEGO sets from a toy store, or from Walmart or from a book store, LEGO Store employees still benefit. So our job at the LEGO Store is not to sell you LEGO – it’s to make sure you have a good time. If you have a good time with LEGO you can buy it anywhere, and we will benefit.”

@aqildhanani #stitch with @princessannafit #greenscreen ? original sound – a q i l ð a n a n i

Dhanani’s second tip isn’t just an interesting window into how LEGO Stores (and their staff) function, but also reveals how you can allegedly maximise your trip to your local store by simply being kind to the employees there.

“Because our job is to make you like LEGO, we’re super nice to you,” Dhanani says. “And if you’re nice to us, we will be even more nice to you. I’ve literally given LEGO pieces to people who were nice to me. We’re allowed to do that. Nobody gives a s*** how much money you spend at the LEGO Store. The only thing that matters is how nice you are.”

The TikTok user did caption his clip with: “DO NOT use this as an excuse to get free stuff. That’s not how this works,” so maybe don’t expect to be handed free LEGO just for turning up and being friendly. But according to comments left on the video, there may be other perks to treating the staff as you’d like to be treated.

For instance, one user wrote: “A LEGO Store manager once pulled out boxes of loose pieces from the storeroom and let me dig through them for an hour, finding the pieces that I want,” while another claimed: “I remember an employee let me build the display model for a set and let me keep all the spares. Was super cool of him.”

For its part, the LEGO Group told Fatherly: “We do not comment on the specifics of our employee incentives programs. We value all our staff greatly and our [store staff] are a valuable part of our LEGO team, trained to give the best LEGO experience possible. We are very lucky that many are already fans of the brand and are personally passionate about engaging with customers.”