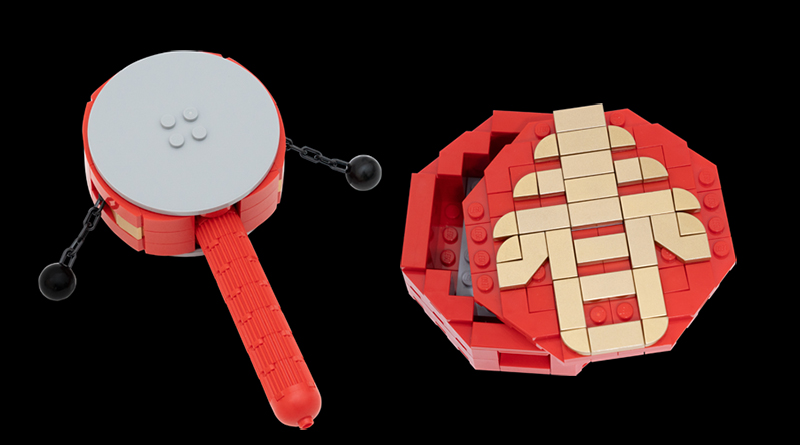 A week of LEGO Lunar New Year activities and promotions will be taking place at the Jem Atrium shopping centre.

From tomorrow, January 3, until January 9, LEGO fans in Singapore will be able to visit Jem Atrium for some Lunar New Year fun.

On January 8 and 9, the LEGO Lunar New year Prosperity bag will be available for S$88, with the package containing Downtown Fire Brigade, Rose and two mystery polybags. The bundle is limited to 88 sets.

Activities will also be available for children, with January 3 until the 5 offering the opportunity to help build Singapore’s biggest LEGO Giant Rat to celebrate the Year of the Rat. A smaller rat model will see teams compete in a speed building contest.

There will also be an activity that allows families to build a LEGO Traditional Drum and beat it, which may wake up the sleeping lion. A hands-on opportunity to try out LEGO shadow puppets and put on a play will be available during the weekend. Kai, from LEGO NINJAGO, will also appear on Saturday and Sunday.