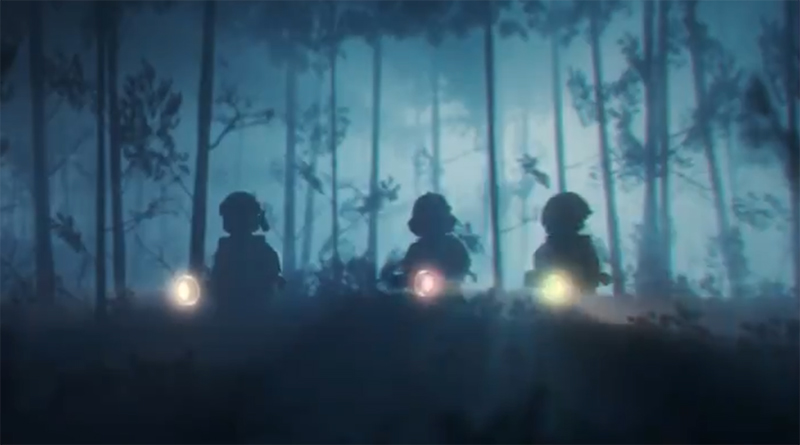 Minifigures are in the woods with flashlights, as the LEGO Group is determined to make sure absolutely everyone knows that LEGO Stranger Things 75810 The Upside Down is on the way.

In a few days, fans will finally be able to see LEGO Stranger Things 75810 The Upside Down. Following today’s image of a billboard and tiny animated video, a new little snippet has been released showing three minifugres with flashlights in a dark wood. The set will be launched at special events in London on May 15 and New York on May 14, with fans expected to queue up to be the first to see and purchase the new model. To build hype, the LEGO Group has been posting numerous teases on social media.

Something is coming. Something hungry for builders. @NXOnNetflix pic.twitter.com/cGfnwuQFVW

Brick Fanatics has rounded up all of the information that has been released so far, to see what t all adds up to.