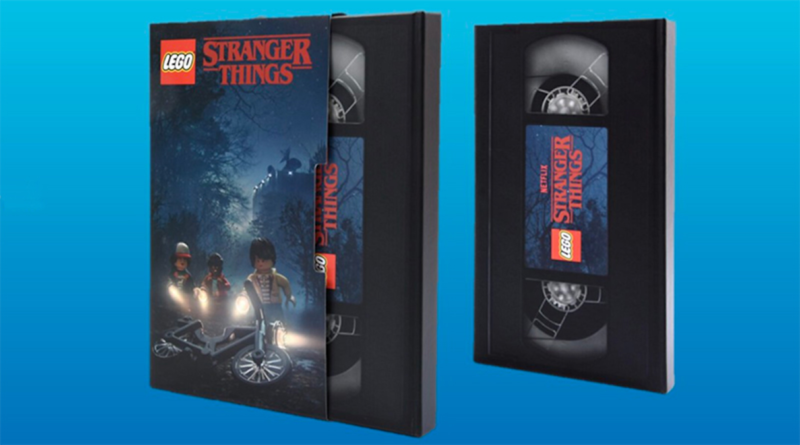 A previously available VIP reward from 2019 has now returned in the shape of the video cassette inspired LEGO Stranger Things Sketchbook.

Fans of the spooky smash hit Netflix show, Stranger Things, can now pick up a unique LEGO gift from the VIP Rewards Centre. The LEGO Stranger Things Sketchbook was originally available back in 2019, but has now returned, possibly to tie-in with the success of Season 4 of the popular series.

The LEGO Stranger Things Sketchbook features a vintage-style design intended to make it look like a classic 1980s VHS cassette. The hardback book contains 120 blank pages for fans to doodle in and is presented in a cardboard slipcase.

With Season 4 of Stranger Things featuring a much more mature tone and a number of gruesome deaths, it’s possible that the LEGO Group may be moving away from creating new products based around the show, a topic we’ve speculated on right here.