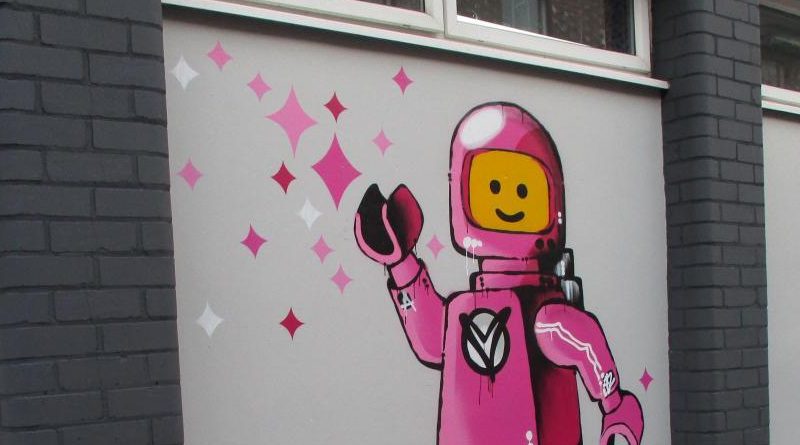 The British city of Carlisle has been getting a splash of colour through LEGO street art.

In Carlisle, the street artist James Ame – better known as Ame72 – has created two murals with a LEGO theme. He has also been referred to as “the LEGO guy” thanks to his minifigure art. His work has appeared around the world, from New York to Tel Aviv.

Ben Heslop, who runs the Edwin Talbot Gallery and Landmark Street Art, explained to News and Star why he brought Ame to Carlisle. “Ame has recently been painting the LEGO studios in LA. We want people who would not normally get this kind of exposure to have a look at street art.”

Ame has exhibited around the world, alongside some of the most famous historical artists. “Making art has its highs and lows, frustration and elation, but above all, it’s a lot of fun to create something from a few bits of card and a bag of spray paint,” he once said.

“We have some more street artists coming to the city in the first quarter of 2019. One of them is going to do something that will blow everything else out of the water,” said Heslop.

Those in the Carlisle area can find Ame’s work off Chapel Street.