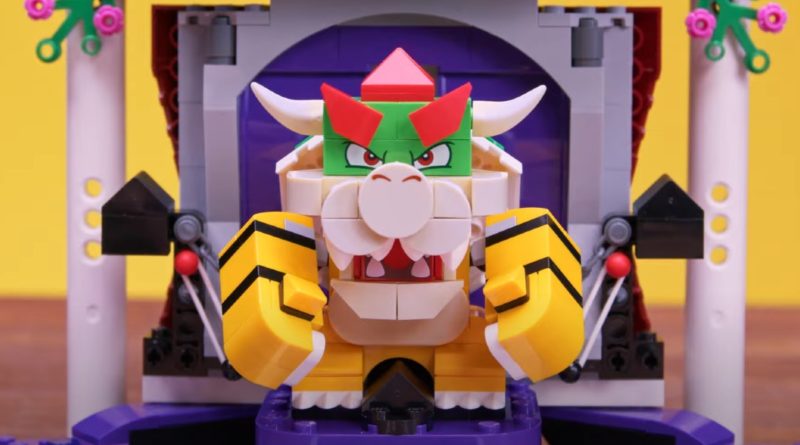 A brand new trailer for the upcoming LEGO Super Mario 2022 sets showcases the features of the builds and the interactive Princess Peach figure.

While they might not be launching until August 1, 2022, the LEGO Group is keen to show us more of the next wave of LEGO Super Mario which will introduce Princess Peach as the latest playable character. We’ve already received a close look at the builds and new characters, but a new trailer has revealed what they can do.

LEGO Super Mario sets arguably focus on function more than form in their design, intended to expand the course building system with each additional model. That’s evident in the new wave as quick clips with a variety of the upcoming sets showcase the main feature of each. Notable functions include Spike throwing his obstacle which Peach will have to dodge to defeat them.

The largest of the range, 71408 Peach’s Castle, also includes a new piece with a single stud in the middle of half of a rounded tile element. That set is also revealed to have an option for displaying either Princess Peach on the throne or Bowser after taking over the fortress with a rotating wall.

The interactive Peach figure, as was likely expected, also comes with an all-new range of reactions unique to the character as well as others that will likely be introduced to the existing LEGO Mario and Luigi figures such as swinging and eating fruit.

All seven LEGO Super Mario 2022 sets, including the new starter course, will release on August 1. You can find out more in our initial report.