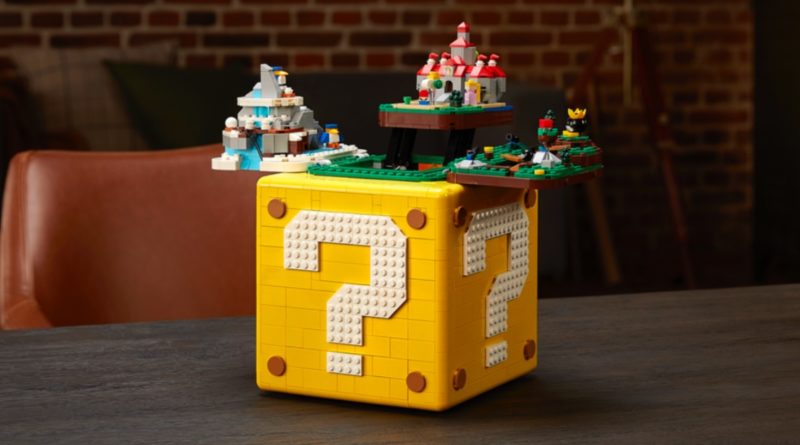 The upcoming LEGO 71395 Super Mario 64 Question Mark Block has been revealed to contain a reference to a popular speedrunning technique.

Ahead of its release on October 1, the update that allows the LEGO Super Mario app to recognise the scannable stickers in 71395 Super Mario 64 Question Mark Block has gone live, allowing those who have received the set early to find all 10 hidden Power Stars.

This includes one which is an Easter egg to a certain speedrunning method. Take that as your spoiler warning for anyone wishing to hunt them down for yourself.

As part of the features in 71395 Super Mario 64 Question Mark Block, interactivity with the LEGO Luigi and Mario figures allows you to partake in a scavenger hunt for 10 Power Stars scattered throughout the model. A set of hints in the instructions offers clues on how and where to find them, with number nine titled ‘Perform the perfect jump’.

Whilst some may be unfamiliar with what this means, Ashnflash showcases what needs to be done in the video above, proving that this is likely a reference to the popular speedrunning technique known as the backwards long jump – especially with the signature noise of Mario’s fast-paced movement.

As demonstrated by YouTuber vanburen20, this technique is used by players wanting to finish the game exceedingly quickly, with it utilising the game’s physics to glitch Mario into a speedy jump backwards, propelling him up staircases and through closed doors.

The backwards long jump has become an infamous technique for Super Mario 64 speedrunners and showcases the attention to detail that the LEGO designers paid towards the game when creating 71395 Super Mario 64 Question Mark Block.

LEGO 71395 Super Mario 64 Question Mark Block will be available soon on October 1, and we’ve prepared a guide to how the miniature level recreations and character figures compare to the original digital equivalents. The first reviews for the set are also live, for those looking to know exactly what secrets it contains.