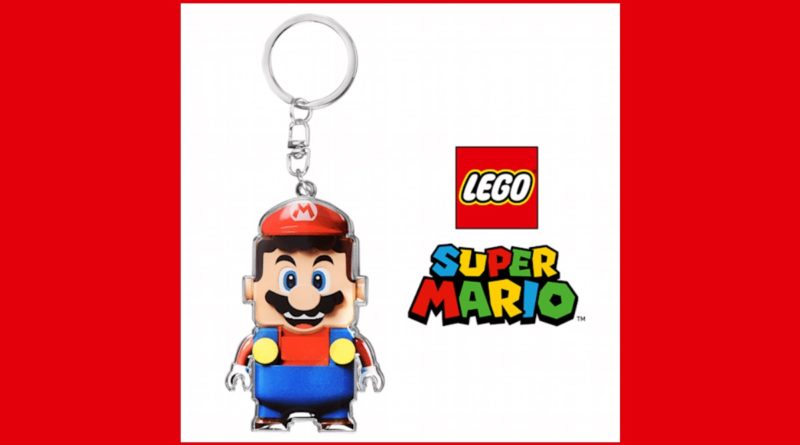 A range of brand new LEGO Super Mario VIP rewards are now available to claim at LEGO.com and Nintendo’s online store, including keychains and free My Nintendo points.

The rewards were originally scheduled to go live earlier in August before being pulled from this month’s LEGO Store calendar, but have now finally arrived in the VIP Rewards Centre, where you’ll be able to spend your hard-earned VIP points on both physical and digital Super Mario goodies.

Physical rewards include two LEGO Mario and Luigi keychains, which appear to be silver-backed, and are available in two different locations: Luigi can be redeemed in the VIP Rewards Centre at LEGO.com, while Mario is available for 400 platinum points at Nintendo’s online store.

Luigi will require 500 VIP points to redeem, and you’ll need to place an order at LEGO.com to use the code you’ll receive for claiming it. If your current VIP point stash won’t quite stretch that far, spending 50 points will grant you a LEGO Super Mario wallpaper for your PC, smartphone and tablet.

Perhaps more tantalising are the 200 My Nintendo platinum points, which are available for free in the VIP Rewards Centre – all you need to do is hit ‘redeem’, hand over absolutely zero points, and you’ll receive a code to use in Nintendo’s online store. Platinum points are valid for six months, and can be used to claim money off rewards and video games (or spent on that LEGO Mario keychain).

Head over to the VIP Rewards Centre to grab your LEGO Super Mario rewards. The latest batch of Super Mario sets, including 71387 Adventures with Luigi – which adds the lesser-known Mario bro to the fray for multiplayer action – are available now.