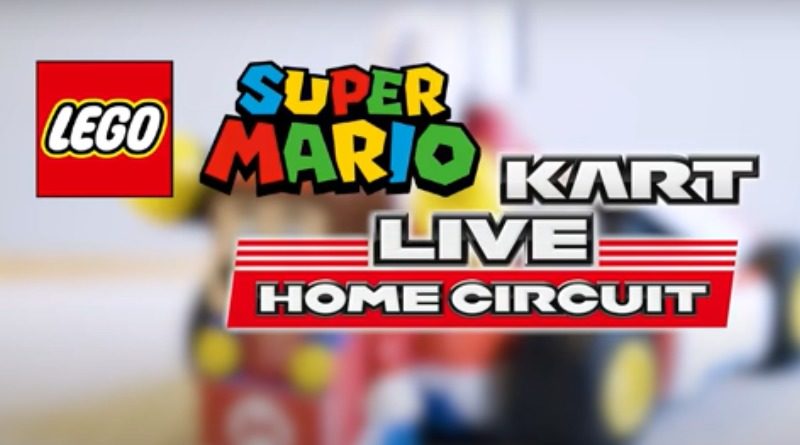 The inquisitive YouTuber Playfool has solved one of life’s great conundrums and demonstrated that it is entirely possible to play both Mario games simultaneously. The results are incredible.

Mario Kart Live is a new gaming format that Nintendo launched last year for the Nintendo Switch. Its central premise is that it allows Mario Kart players to race a physical kart around a real-life course that they have created in their own home, using the game’s included gates and signposts. Karts are fitted with a camera that projects the race on to the television. The kart’s progress is then monitored by the camera ‘reading’ the augmented-reality markers printed on each physical gate and sign.

In the mashed-up LEGO version of the game, Playfool has traded the gates out for brick-built signposts. Black bricks are arranged on a white baseplate, to mirror the pattern of the augmented-reality markers on Mario Kart Live’s gateways. The camera on the kart now looks at the bricks and sees a regular race marker, allowing the Mario Kart side of things to run as normal.

A nifty bit of origami enables the LEGO Super Mario system to work alongside the kart. The LEGO Mario figure is held on to the back of the kart in a paper cradle so that he glides just above ground level. The moving kart can then drive Mario over all of the usual LEGO barcodes, picking up coins along the way.

A whole range of new LEGO Super Mario sets recently launched on LEGO.com, perfect for your own experimentation.