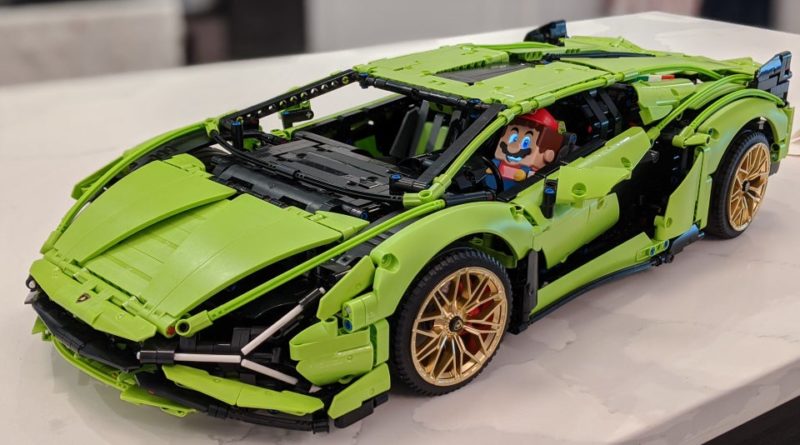 What do you get when you cross LEGO Super Mario with 42115 Lamborghini Sián FKP 37? A fusion of two Italian icons that scale together almost perfectly, it turns out.

Redditor Bile_Cowland shared an image of their LEGO Mario figure at the wheel of the Technic supercar. And it’s almost enough to make up for the LEGO Group completely ignoring the potential of Mario Kart (so far, anyway).

This isn’t the only LEGO Super Mario crossover episode the internet has gifted us since the Nintendo superstar’s August release. For instance, his detachable hat makes for a perfect nod to Super Mario Odyssey’s Cappy. Just throw it on 75936 Jurassic Park: T. rex Rampage’s dino, and hey presto.

The full LEGO Super Mario range is available now from LEGO.com. So too is 42115 Lamborghini Sián FKP 37, which – as we noted in our review – is “the closest most of us will come to owning a Lamborghini, and it doesn’t fall short in the feeling and experience that it delivers.”

The previously San Diego Comic-Con-exclusive LEGO Super Mario 77907 Toad’s Special Hideaway is also available now, exclusively in the US. And even more LEGO Super Mario sets are rumoured to be on the way in 2021. Hopefully, we’ll soon be able to let LEGO Luigi loose behind the wheel of the Lambo too.