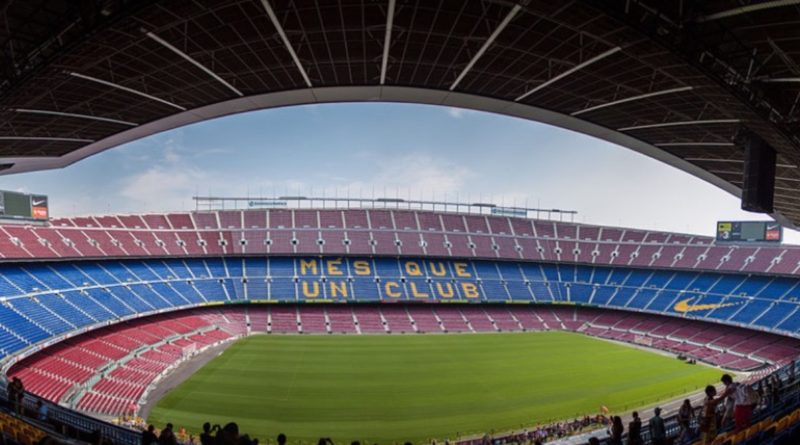 The LEGO Group is ramping up the excitement by all but confirming the rumoured LEGO Barcelona football stadium is on its way.

In a brief teaser published on Twitter and Instagram, real-life footage from the tunnel in FC Barcelona’s home stadium, Camp Nou, fades into shots of a brick-built pitch and stands. The video is pretty strong confirmation that we’re going to see a LEGO version of the famous stadium coming soon.

The trailer then cuts to the team’s slogan, ‘Més que un club’, or ‘More than a club’, to the sound of raucous applause and cheering, as if you were actually walking out onto the pitch of Camp Nou. The brief glimpse of the set that we get also has the club’s motto written across the stands, along with flags flying their colours of blue, gold, and red.

Given that we just had the reveal of 40485 FC Barcelona Celebration, which is expected to be the GWP for the rumoured Camp Nou model, it seems increasingly likely that we’ll be getting more concrete and official information to do with the larger set very soon.

The social media clip ends on a card with ‘Adults Welcome’ emblazoned on it, signalling that this will be a set designed more for the LEGO Group’s older fans than the kids. Whoever it’s aimed at, we’re very excited to see what’s around the corner for this football-themed build. For now, we’ll sit tight with this teaser, which you can watch by clicking on the link above.