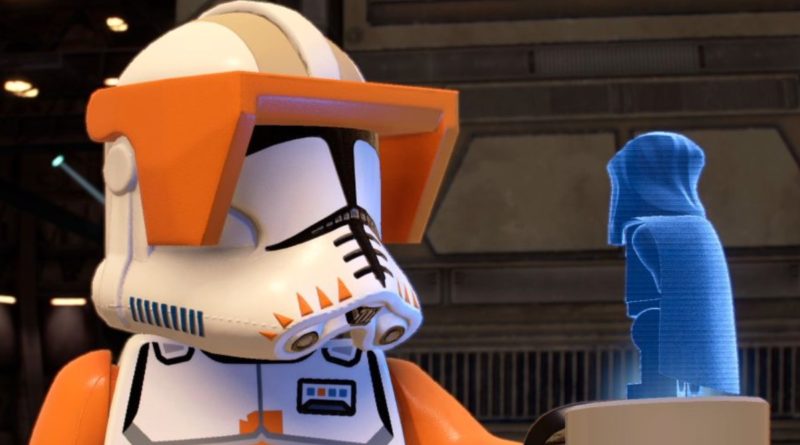 What could be a tantalising tease from the LEGO Group has added weight to rumours of a Commander Cody Phase II minifigure dropping in this summer’s LEGO Star Wars sets.

Word of the heavily-requested minifigure arriving in the summer wave first arrived in April, and has since been corroborated by multiple reliable sources in the LEGO community. That doesn’t make it definite, but a new tweet from the official LEGO Twitter account certainly seems to imply that there’s some truth behind it.

Earlier today, the LEGO Group revealed that multiple brand new LEGO Star Wars sets will debut at LEGO CON 2022 in June through a teaser across social media. An excited fan responded with a GIF of Yoda dancing (we’re not quite sure which movie that was from – a new Holiday Special, maybe?), to which the LEGO Group replied with a GIF pulled straight from LEGO Star Wars: The Skywalker Saga.

The GIF in question portrays one of the game’s better gags, in which Emperor Palpatine delivers the wrong order to Commander Cody and his Clone Troopers, causing them to break into a groovy dance number. Innocuous enough, particularly in the context of dancing Yoda – unless you’ve been following LEGO Star Wars rumours for the past couple of months, of course.

In that case, this particular choice of GIF – under a post about new LEGO Star Wars set reveals at LEGO CON 2022 – begins to look like just another piece of the puzzle that will eventually lead us to a Phase II Commander Cody minifigure. Look, we’re not going full Charlie in the mailroom here – there is a Carol in HR, and there could just be a Cody in the summer LEGO Star Wars wave.

Time will tell, ultimately, but that GIF could potentially be very telling…