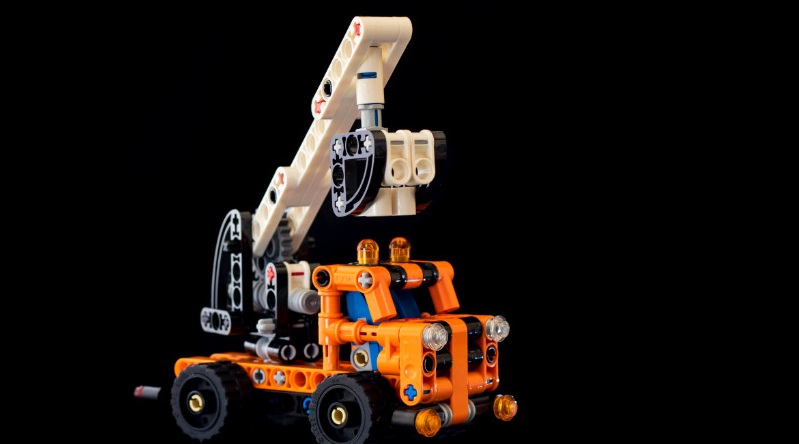 With a new batch of LEGO Technic sets launching for the new year, Brick Fanatics takes a step into the theme’s latest releases with 42088 Cherry Picker

I am going on a LEGO Technic adventure. Ahead of me lies the first wave of Technic sets for 2019, so the LEGO Group’s latest entry level set, 42088 Cherry Picker, seems like the best place to start. It may come as something as a shock to people, but despite being an avid LEGO fan for over 35 years, I have only ever owned one Technic set, 8620 Snow Scooter, released way back in 1986. I would consider myself an absolute Technic beginner, a noob if you like. 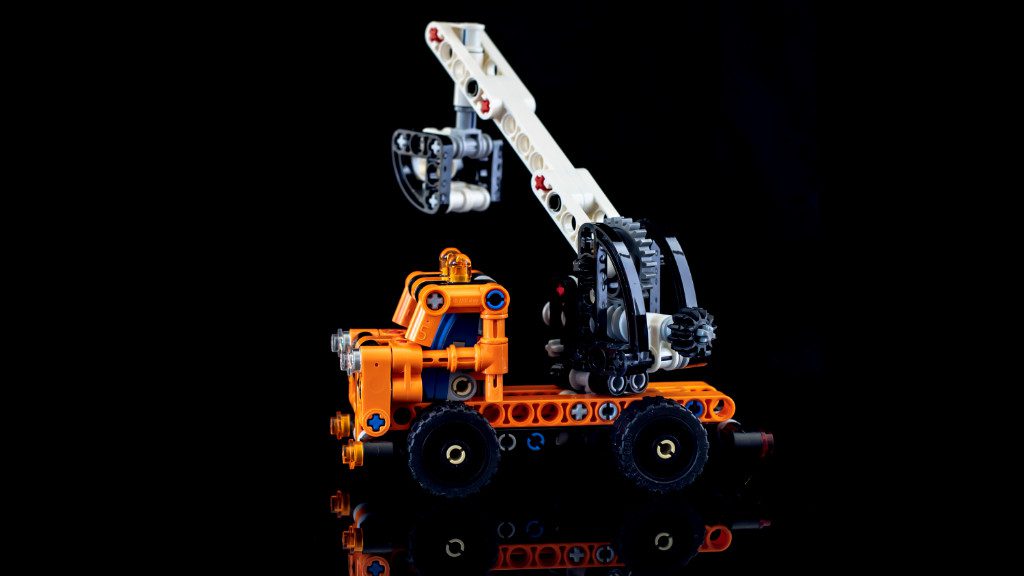 Now I should start by pointing out that this new Cherry Picker is almost identical to 42031 Cherry Picker from 2015, even the box art is exactly the same. The only thing that has changed is the colour from black to orange. This is a good update as the bright orange colour feels more suitable for a utility vehicle of this sort.

The set contains three bags, all unnumbered – which for a set this size is absolutely fine, anything bigger and for me it starts to become somewhat of a chore. The build is fairly simple, but enjoyable – although I’m not a regular Technic builder the process is still familiar, thanks to the Technic elements that find their way into regular System sets.

I learned my first Technic lesson fairly early on in the build process. Technic sets require more concentration than usual as one small mistake, like a misplaced pin, can end up being catastrophic later on. I had to go back about ten steps when I released I had a connector in the wrong hole.

The frame and body work for the Cherry Picker goes together quickly looks good, with the four tyres feeling robust and fitting the scale of the model perfectly. My only gripe is the little gap that is left between the bonnet and windscreen. This is exactly the same design as three years ago and I would have thought the LEGO designers would have found a way to fix that in the interim.

There is only one play feature present in this set, a boom arm that can be lowered and raised. The mechanism is a very straightforward gear and screw system, but despite being easy to construct it’s still very satisfying turning the gear to lift the boom up and down. The boom and basket can also be rotated a full 360 degrees. The LEGO designers have potentially missed another chance for an update to this set with a boom that could not only raise but extend too.

Although this set will not win any prizes in the size department, it is a really nice looking model and the new colour scheme is actually quite striking. It is worth noting that there are a few axles that are left exposed and I’m not sure why these couldn’t have been covered with a small bush, but that aside it’s a good representation of an actual Cherry Picker and due to its size will not take up too much shelf space.

For anyone like me who is new to the world of LEGO Technic, 42088 Cherry Picker makes for a fantastic introduction and will certainly leave you wanting to experience more advanced sets.

42088 Cherry Picker is available now at shop.lego.com. You can help support Brick Fanatics’ work by using our affiliate links.