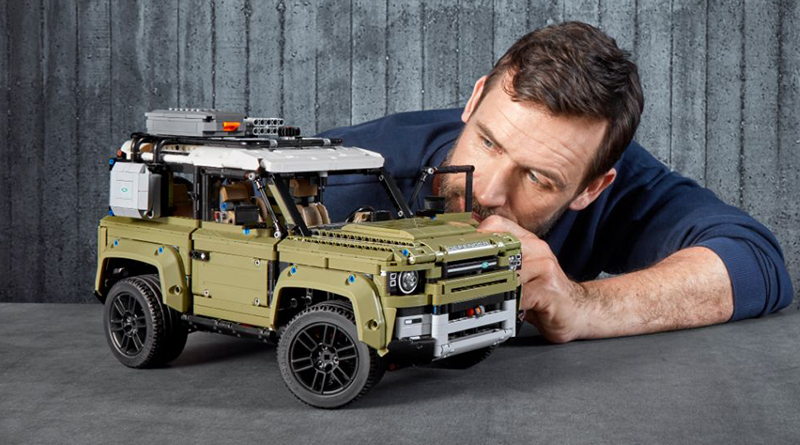 LEGO Technic 42110 Land Rover Defender has been officially coinfirmed by the LEGO Group.

Despite being revealed a few months back, the LEGO Group has officially announced LEGO Technic 42110 Land Rover Defender. Those who are witnessing the unveiling of the real Land Rover Defender at the 2019 Frankfurt Motor Show can get a look at the 2,573-piece model up close. The new set will be released on October 1 and will retail for £169.99 in the UK, $199.99 in the USA.

The set will feature authentic body panels, four-wheel drive, full suspension and a working winch. Opening doors will provide access to the working steering wheel and to view the details in the dashboard.

“With every LEGO element, children can build anything they can imagine. I’m very excited about this new model – a truly impressive job done by our LEGO designers,” said Niels Henrik Horsted, Marketing Director at the LEGO Group. “Together with Land Rover, we’ve blended elements, design and innovative engineering into a set that shows the boundless creativity of LEGO play, and that with LEGO Technic you can build for real.”

“The Land Rover Defender and LEGO brand are both iconic across the world, and the launch of New Defender felt like the perfect time to bring them together,” said Joe Sinclair, Director of Branded Goods and Licensing at Jaguar Land Rover. “The level of detail and engineering that has gone into creating this LEGO model perfectly reflects the work of our own designers and engineers who have been so dedicated to bringing a motoring icon back for the 21st century.”

Three other new LEGO Technic sets launched during the summer: