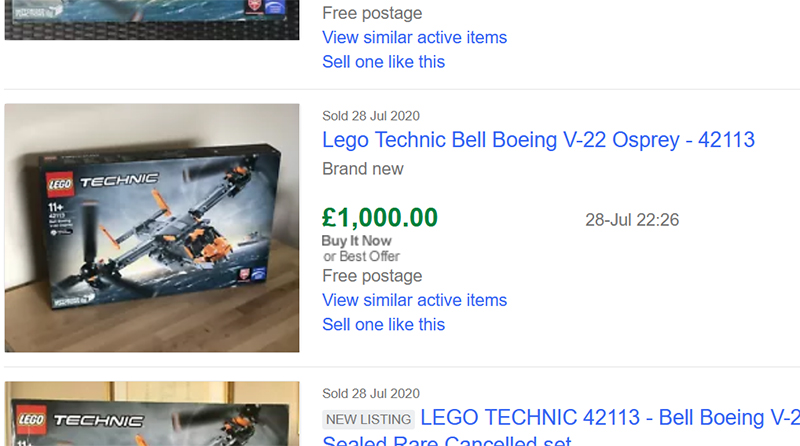 Marketplace sellers are having a profitable time with the cancelled LEGO Technic 42113 Bell Boeing V-22 Osprey Helicopter set, with it selling for between £700 and £1,000.

LEGO Technic 42113 Bell Boeing V-22 Osprey Helicopter was cancelled by the LEGO Group – awkwardly though, as that was after the company had already decided to start shipping the product to stores. As would be expected, some free marketeers have jumped on the chance to pick up the set from stores that were willing to sell it, and listed them on eBay.

Compaints from anti-war organisation German Peace Society – United War Resisters led to the product being cancelled. It’s a bizarre situation as it seems the LEGO Group saw no conflict between the set and the company’s values until 10 days before its planned release.

There are limited places to buy the set, as now that the LEGO Group owns BrickLink, the company can stop the set from being sold on the platform.