With a new batch of [geot exclude_country=”United States”]LEGO Technic[/geot][geot country=”United States”]LEGO Technic[/geot] sets coming on August 1, the LEGO Group and Volvo are sharing more about the collaborative process that led to the design of 42081 Volvo Autonomous Loader. The collaboration between the companies that led to the set was not initially concerned with yielding a product, but the process evolved over time.

Volvo Construction Equipment and the LEGO Technic design team came together to come up with vehicle designs of the future, back in 2016. The partnership has led to patented designs that could revolutionise the industry.

“We have enjoyed a truly fun and productive collaboration with the LEGO Technic team over the past few years,” explains Arvid Rinaldo, (Brand Communication & Partnerships) at Volvo CE. “It allowed us to test ideas for new types of construction machines for the future, both in terms of functionality, scale, design and interaction. This model may seem futuristic now, but autonomous, connected and electric construction machines are already starting to be a reality. The Volvo Concept Wheel Loader ZEUX is a realistic next step in the exciting evolution of our construction machines.” 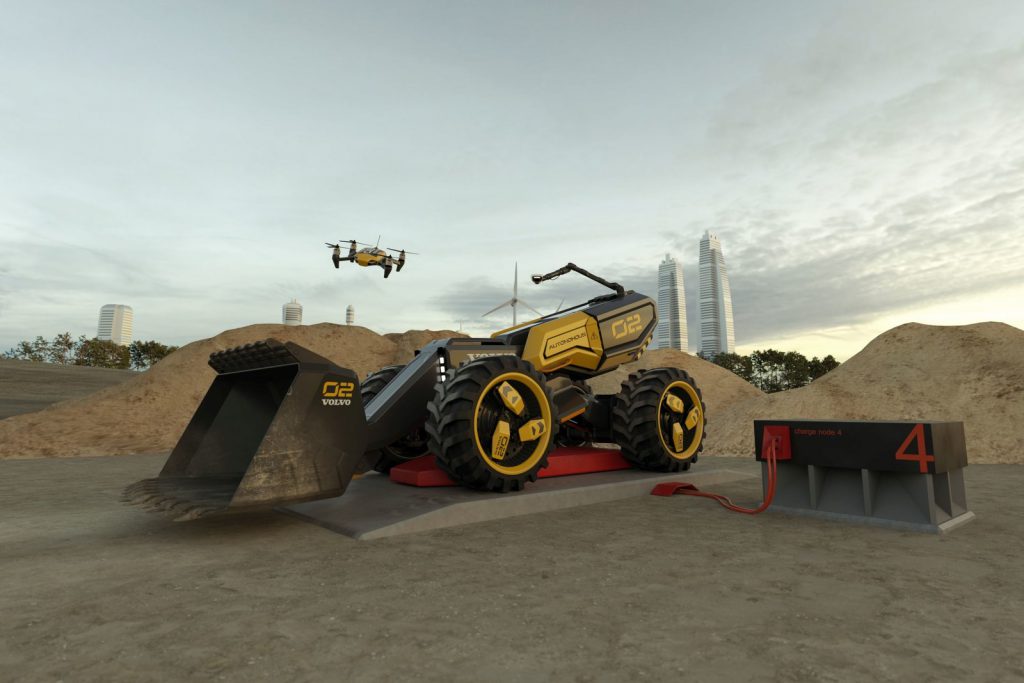 The two creative teams came together to come up with news ways to increase safety and ensure there was a human component in artificial intelligence used in construction machines. This was helped by a focus group made up of children, with the findings from that encouraging the addition of a scout drone and camera – the Eye – that would show where the vehicle’s attention is directed.

“When you cross a busy road, you watch out for dangers and try to make eye contact with drivers in your immediate vicinity. It’s an instinctive reaction that lets you evaluate your next move”, says Andrew Woodman, Senior Design Manager for LEGO Technic. “Should you stay where you are, or is it safe to move? It’s usually an easy assessment. With autonomous vehicles, you don’t have that interaction because you can’t see all the sensors that allow them to navigate around both stationary and moving objects. It’s not intuitive for us to decode what the vehicle’s next move is, where it’s going, or if it has seen us. While the Volvo Concept Wheel Loader ZEUX will not be driving on roads, it would be interacting with workers at a construction site. So we set out to create features and functions that make the interaction between humans and machines as safe and intuitive as possible.”

The LEGO Technic team have core design values, including the “AFC promise”. This acronym stands for “Authenticity, Functionality and Challenging building”. It is by adhering to these standards that the theme has been able to maintain a core, dedicated fan base for 40 years.