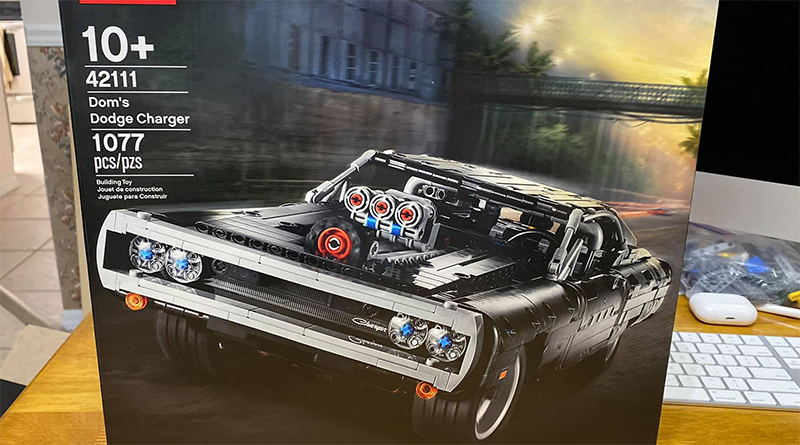 Not expected until April 27, LEGO Technic 42111 Dom’s Dodge Charger has turned up at a US store early.

A LEGO Technic fan had a lucky find at the local Wal*Mart, where Fast & Furious 42111 Dom’s Dodge Charger was available to buy ahead of the previously reported street date. The set, that the delighted builder shared a photo of on Facebook, is currently up for pre-order at LEGO.com, with a release date of April 27.

The authentic 1,077 piece set was announced at International Toy Fair, after word of the set first arrived via Brick Fanatics back in December. The set should be coinciding with the release of Fast & Furious 9, titled F9: The Fast Saga in the USA, but due to the restrictions in place to combat the spread of coronavirus, the movie’s release has been delayed to 2021.

It is possible that Wal*Mart has an exclusive agreement with the LEGO Group to sell the set early, a common practice for big chain retailers in the toy industry.

“The high-octane action of the Fast & Furious franchise has captured the hearts and imaginations of petrol-heads the world over,” said LEGO Designer Samuel Tacchi. “We want to inspire people of all ages to explore their creativity through building whatever their passion is, and we know fans of LEGO Technic and the blockbuster franchise love cool cars and adrenaline-fuelled fun.”