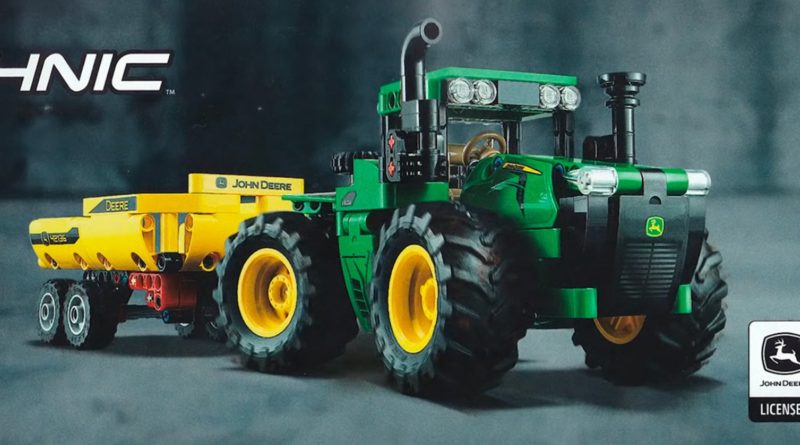 The first officially-licensed John Deere LEGO Technic set has been revealed in a new LEGO catalogue, with a release date of March 2022.

YouTuber RacingBrick has managed to pick up a variant of the newest LEGO catalogue that reveals another Technic set arriving in 2022, following the January wave and the already-unveiled sets coming our way in March, which you can check out by clicking here.

42136 John Deere 9620R 4WD Tractor will land on shelves at the same time, bringing us the first-ever LEGO John Deere product in what looks to be a mid-sized set. There’s no price or piece count listed at the moment, though, so exactly how part-dense (and expensive) it is remains to be seen.

Also absent from the catalogue is a list of the set’s functions, but its name implies it will at least have four-wheel drive. It’s not the first green tractor the LEGO Group has produced, but it is the only one to include John Deere stickers, and it’s also pulling a bright yellow trailer.

We’ve already reviewed two LEGO Technic sets coming our way in 2022, 42137 Formula E Porsche 99X Electric and 42138 Ford Mustang Shelby GT500, which you can check out here and here respectively. Keep an eye on the site in the weeks to come for our verdict on 42130 BMW M 1000 RR. All three of those sets will launch on January 1.