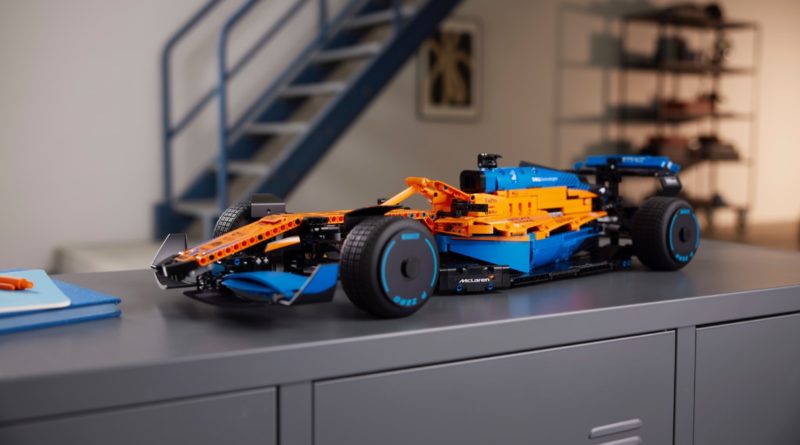 While the 1,432-piece model sports the team’s striking blue and orange 2021 livery, the car itself was designed at the same time as McLaren Racing’s 2022 F1 design MCL36, which will be revealed to the public in an online event on Friday, February 11.

That means it’s something of a hybrid of both last year’s and this year’s cars, although we won’t know exactly how close it is to the new model until the real deal is unveiled later this week. You can watch McLaren Racing’s Executive Director James Key introduce the set in a clip posted to the LEGO Group’s social channels below.

Racing off the starting grid on March 1, 42141 McLaren Formula 1 Race Car packs in a V6 cylinder engine with moving pistons, steering controlled from the cockpit, a differential lock and suspension. It measures 13cm tall, 27cm wide and a full 65cm long, and includes sponsor stickers to match those of the real-life car.

More images and details will follow later today, but for now, here’s a gallery of pictures taken from LEGO.com, where the set is already listed as ‘coming soon’.