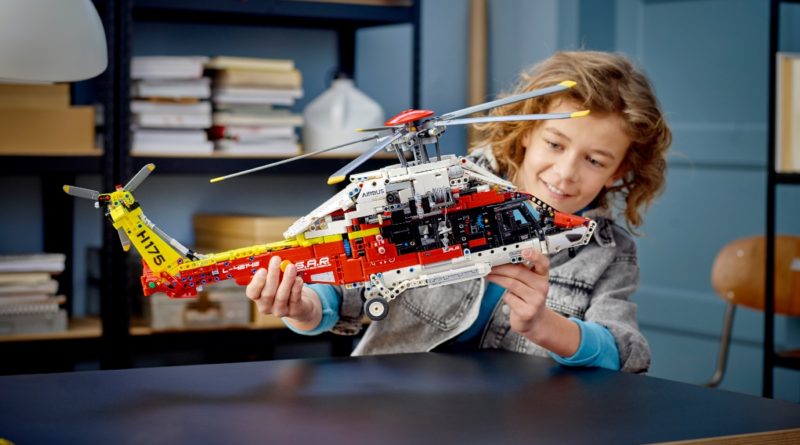 Both of this summer’s brand new LEGO Technic sets are finally listed on the official online store, revealing their prices and release date.

Initially revealed through a Taiwanese LEGO catalogue, and then later confirmed through the Play Zone section of LEGO.com, 42144 Material Handler and 42145 Airbus H175 Rescue Helicopter will both join the LEGO Technic line-up on August 1, 2022, alongside a huge batch of sets across themes including Star Wars, Marvel and more.

42145 Airbus H175 Rescue Helicopter, meanwhile, consists of 2,001 parts and will set you back £179.99 in the UK, $209.99 in the US and €209.99 in Europe. For your money, you’ll also get a motor to power the chopper’s spin rotor and tail, retractable landing gear, winch and spinning engine, and control its rotor speeds. Manual functions include opening doors and the ability to control the pitch of the rotor blades.

Neither of these sets is currently available to pre-order, which means there’s unfortunately no opportunity to take advantage of the current double VIP points promotion. You’ll be able to buy them online and in-store from August 1.