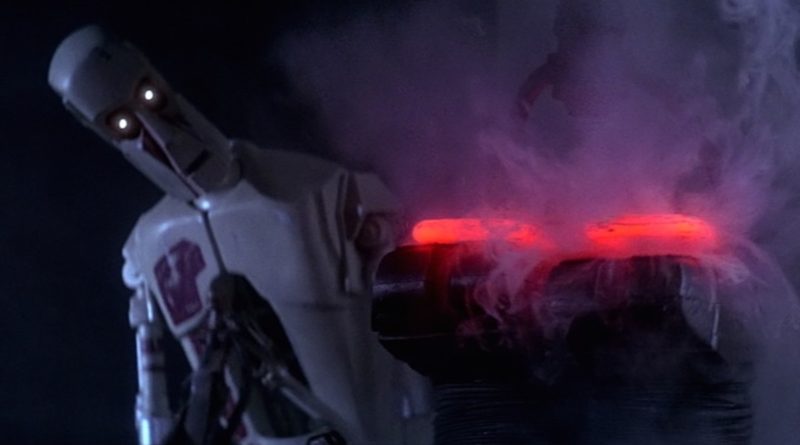 With rumours of possible LEGO Star Wars: The Book of Boba Fett sets on the way in 2022, will we finally get an 8D8 minifigure?

If you didn’t catch our feature earlier today on five potential LEGO The Book of Boba Fett sets we’d like to see released this year, go check it out now. With so many new characters, locations and vehicles showcased in the Disney+ series, the latest Star Wars live-action show is packed with possibilities for exciting future LEGO sets.

With that in mind, there’s definitely one classic trilogy character we’d like to see represented as a minifigure or build in a LEGO The Book of Boba Fett set, and that’s 8D8. The lanky former smelter droid assisted EV-9D9 in Jabba the Hutt’s torture chamber in Return of the Jedi and appears to not only have survived through to the events of Star Wars: The Book of Boba Fett, but also thrived.

8D8 has managed to outlast both of his former employers, Jabba the Hutt and his majordomo Bib Fortuna, and has been given a promotion to serve Boba Fett in his new master’s role as a crime lord in waiting. A surprise fan cameo in all three episodes of the show released so far, 8D8 is voiced by comedian Matt Berry (Toast of London, What We Do in the Shadows) and the skinny white droid seems to relish his newfound role in Jabba’s former palace.

Surprisingly, there have been no minifigures or builds of 8D8 included in any LEGO sets to date. Whilst 4480 Jabba’s Palace released in 2003 did include EV-9D9, there was no sign of her sadistic white droid sidekick. As the character has such a prominent role in The Book of Boba Fett so far, we’d certainly hope to see 8D8 make his debut in a potential future LEGO Star Wars set at some point.