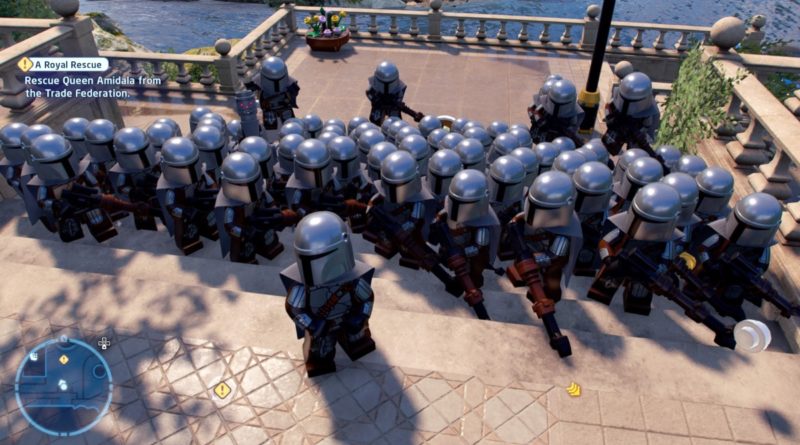 Fancy recreating Order 66 in LEGO Star Wars: The Skywalker Saga? How about building an army of Obi-Wans? A bug in the Mando DLC lets you do just that.

The Clone Wars may be unfortunately absent from the game’s downloadable Character Packs, but you can at least clone whichever characters you like through a bug (or perhaps a feature?) in the Mandalorian pack. Players over on reddit discovered the hack yesterday, and it’s since spread like wildfire around r/LegoStarWarsVideoGame.

To do the same, you’ll need to download and install the first Mandalorian Character Pack (included with the Deluxe Edition of LEGO Star Wars: The Skywalker Saga at launch). Then, select Din Djarin, who’s accompanied by Grogu as a companion character – and can be swapped in the character selection menu for whoever you like, bringing your total free play party size to three characters.

Now, let’s say you swap him for Din Djarin. Oh, look: another Grogu! Rinse and repeat as many times as you like, and you’ll quickly end up with your very own Mandalorian army (at least until the game crashes under the weight of rendering so many playable characters simultaneously). But if Mando doesn’t float your boat, you can always head back into the menu and swap him for someone else.

Hello there! General Grievous probably won’t be so confident in his knowledge of the ‘Jedi arts’ next time he’s up against this little lot.

LEGO Star Wars: The Skywalker Saga doesn’t allow you to play through Order 66 (for obvious reasons), but you can at least recreate Anakin’s march on the Jedi temple with an army of 501st Legion Clone Troopers.

Posts like these have flooded the LEGO Star Wars Video Game subreddit, so click through to check them all out. And let’s just hope TT Games never decides to patch this particular bug, because it’s everything The Skywalker Saga should be about: getting as daft as possible within a huge LEGO Star Wars sandbox.

One thought on “Brilliant LEGO Star Wars: The Skywalker Saga ‘bug’ lets you build your own army”