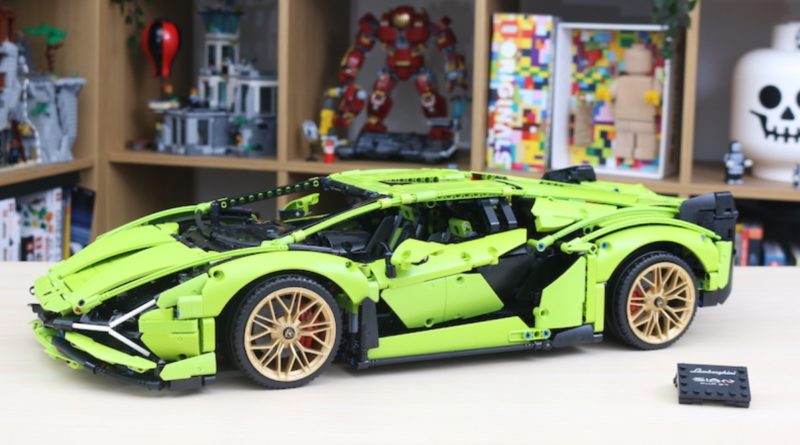 The LEGO Group has won two Toy Industry 2022 awards for sets that most definitely were not released in 2021 or 2022.

Despite not attending this year’s London Toy Fair, the LEGO Group was apparently in contention for the Toy Industry Awards, which are presented by the Toy Retailers Association (TRA) and British Toy & Hobby Association (BTHA) on the first day of the in-person event.

More surprising is that it scooped two of the categories with products that while still on sale, are now comparatively old hat in the ever-churning LEGO portfolio. 75955 Hogwarts Express – a set originally released in 2018 – took home Construction Toy of the Year (which year?!), while 2020’s 42115 Lamborghini Sián FKP 37 snagged Kidult Toy of the Year.

While it’s been a weird couple of years for the toy industry and, you know, wider society, it’s not like the LEGO Group has let up on releasing sets. If anything, it’s gone in the other direction, bringing more products to market than ever before (even if a lot of them are continually out of stock).

Essentially, there must surely have been more timely and relevant sets worthy of those awards. It’s second time lucky for 42115 Lamborghini Sián FKP 37, anyway, which was originally nominated for – but missed out on – last year’s Toy Association Vehicle of the Year prize. (That’s a separate awards ceremony to this one. There are a lot of toy awards…)

Other companies featured in the BTHA and TRA’s awards include Mattel, Asmodee and Spin Master, with brands including Hot Wheels, Pokémon and Paw Patrol respectively. Check out the full list here.

Support the work that Brick Fanatics does by purchasing your award-winning LEGO using our affiliate links. Even if it isn’t from 2022…