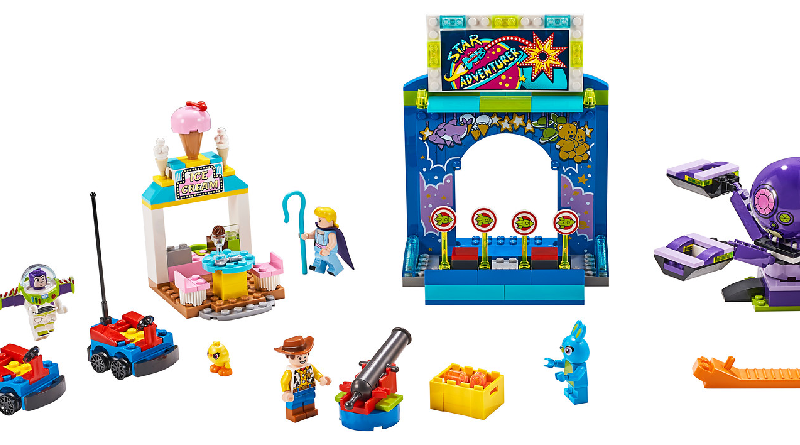 This year sees the return of Woody, Buzz Lightyear and their friends in Toy Story 4. The latest big screen outing will be arriving in a few months, with a LEGO theme to support it. While a single DUPLO set has turned up already, no actual LEGO releases have been unveiled – until now.

Join Woody, Buzz Lightyear and Bo-Peep as they explore the games and thrilling rides at the carnival with new friends, Ducky and Bunny.
Complete with a laser cannon, Terrorantulus ride, bumper cars, and an ice cream stand.
Includes Buzz Lightyear, Woody and Bo-Peep minifigures, plus Ducky and Bunny Toy Story figures.
The set will retail for $39.99.

The LEGO sets based on Toy Story 4 will be 4+ releases, and with the film due to be released in June, could arrive anytime between March and May. Six of the 4+ sets are expected in total.