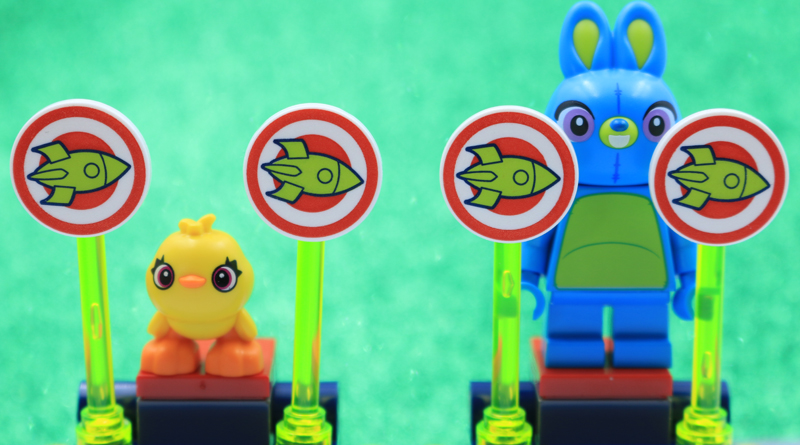 Is LEGO Toy Story 4 10770 Buzz & Woody’s Carnival Mania! a rollercoaster thrill ride of a build or does it crash like a pair of dodge ’ems?

Roll up, roll up and welcome to the funfair visiting the Grand Basin, where the characters of Disney Pixar’s Toy Story 4 are in for a wild ride. As the biggest and most expensive set of the LEGO Toy Story 4 wave, 10770 Buzz & Woody’s Carnival Mania! attempts to include the rides and stalls of a real funfair but in miniaturised form. It includes Woody, Bo Peep, Buzz, Ducky and Bunny – but is it exciting enough to slide down a helter-skelter and into your collection? 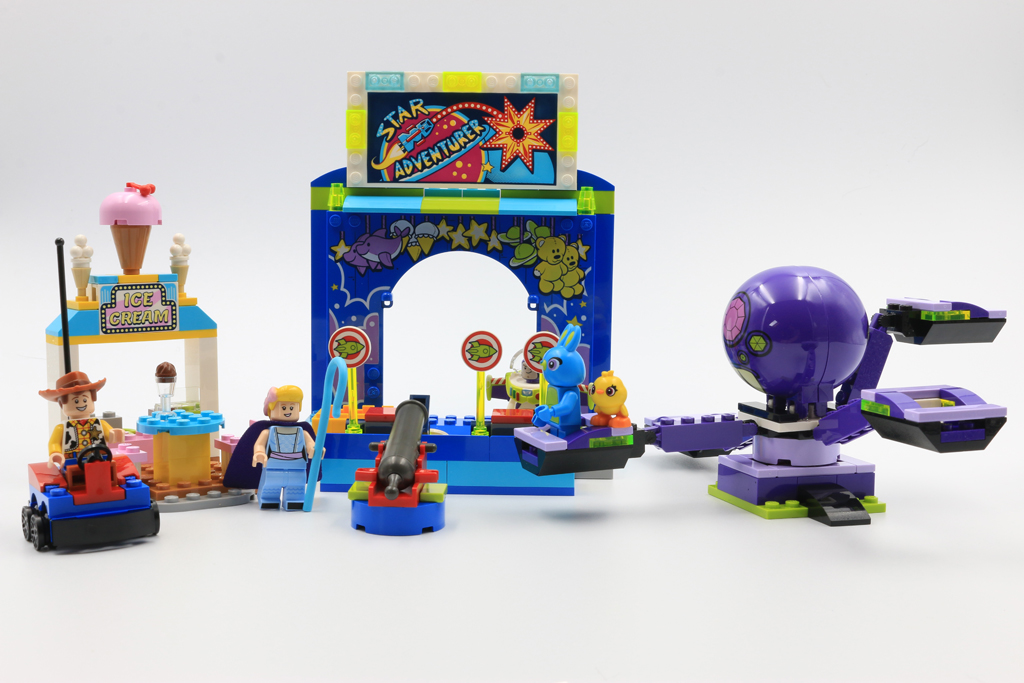 The build blasts-off with a rocket-themed carnival shooter game built upon an 8x16x6 starter baseplate to make it easier for young builders. Parts collectors will appreciate some rare trans-blue and trans-yellow pieces, whilst the spaceship-target signs could easily be repurposed elsewhere. Most of the detail comes from a 4x16x10 wall brick with a huge amount of printing showing all the available ‘prizes’, along with an equally big advertisement board. The end result is shockingly colourful, and as long as you aim the LEGO cannon correctly then the targets knock over perfectly.

Dodge ’ems are staples of most carnivals and the little LEGO renditions work rather well. The actual ‘bumpers’ are 1×4 curved tiles and bumping the two together is extremely satisfying. A minifigure does look a bit odd sitting on top of the dodge ’em rather than in it, but that’s a minor complaint. Perhaps the least successful mini build is the ice cream stand. It has a lovely pastle colour scheme reminiscent of Friends 41366 Olivia’s Cupcake Café (review), but it doesn’t have enough ice cream (or any non-dairy equivalents) to encourage role-play.

Terrorantulus is the name of the ride that looks more like an angry octopus than a spider. It is not to the same scale as its on-screen counterpart but follows a similar principle and uses the same purple colours. The ride might be the most complex build yet seen in a 4+ set, and the hinged mechanism along with the repetitiveness of each arm may prove quite challenging for the very young builders it is intended for. It spins around on a 4×4 brick attached to a Technic pin, by either rotating the bulbous head made from jewel-printed domes or any of the arms that end in carriages.

Unique to this set are the new duo of Ducky and Bunny who both use custom moulds. They look very accurate to their on-screen counterparts, especially with their big cute eyes. Buzz Lightyear and Bo Peep are available in other sets but their inclusion in 10770 Buzz & Woody’s Carnival Mania! is useful as fans can collect most of the main cast via a single set. Woody has great Western style printing on his torso, along with dual-moulded legs to represent his cowboy boots. Just like Jessie from 10769 Toy Story 4 RV Vacation (review), Woody just does not look like a toy by using a typical minifigure head.

Even though it is made up of separate builds, once brought together 10770 Buzz & Woody’s Carnival Mania! works as an exciting and fun whole that will entertain fans of the Toy Story franchise. 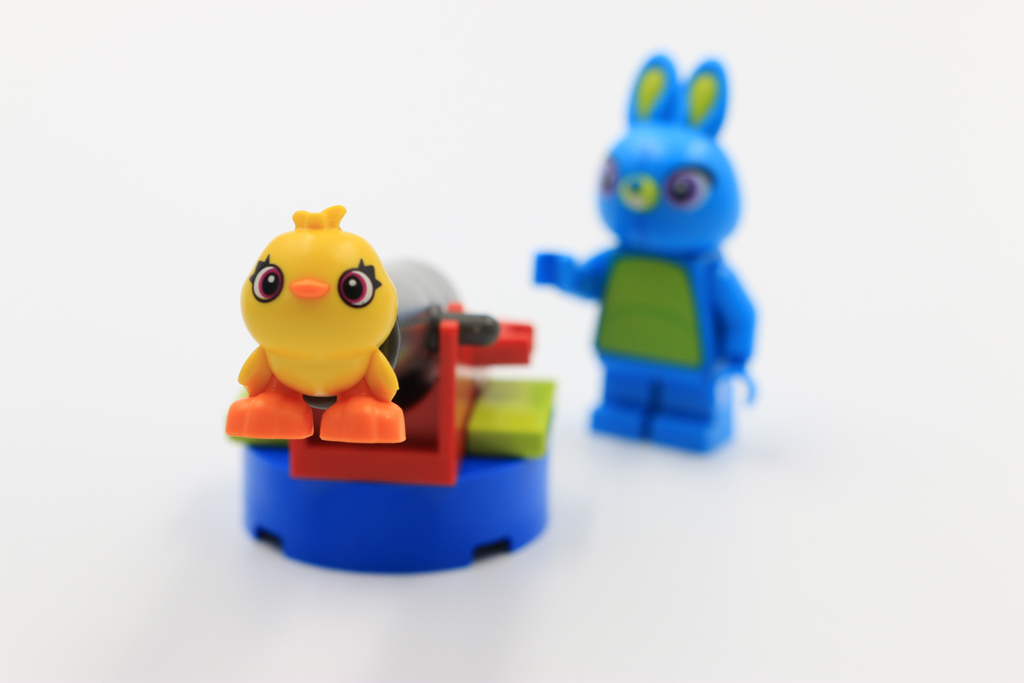 Get in touch with Brick Fanatics at contact[email protected]