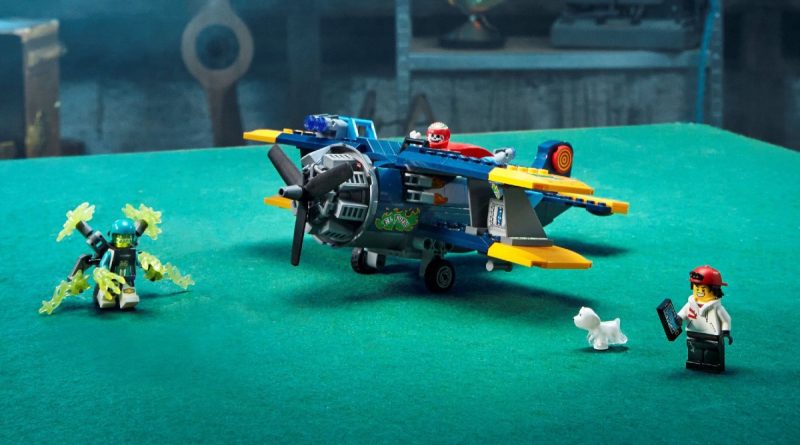 The LEGO Group has registered a trademark for ‘LEGO Dreamzzz’, potentially signalling the debut of a new big bang theme in 2023.

LEGO fan site StoneWars reports that LEGO Juris A/S filed a trademark application for LEGO Dreamzzz (that’s three Zs, yes) at the European Union Intellectual Property Office on July 13. The registration is apparently still being examined by the EUIPO, but the LEGO Group has applied for a trademark in classes that include toys, clothing, entertainment, stationery and software.

Those sound like the precise ingredients for a LEGO big bang theme – a term applied to product lines that encompass a mix of sets, merchandise, TV shows and apps, such as NINJAGO, NEXO KNIGHTS, Hidden Side and even VIDIYO. Could LEGO Dreamzzz (and all its Zs) therefore be a brand new big bang theme coming our way next year?

It’s certainly not impossible – even if there are no guarantees at this stage – though the name doesn’t give us a whole lot to go on. A dreamworld would obviously give the LEGO Group plenty of creative and artistic freedom, with almost limitless possibilities – which also means it’s difficult to predict what a theme titled Dreamzzz could entail.

Given the premature end of LEGO VIDIYO, it’s conceivable that the LEGO Group is aiming for another fluid play experience – mixing physical and digital worlds with a tie-in app – but if that is the case, fingers crossed it’s learned a few lessons from previous experiments in that space, including 2019’s Hidden Side.

One thought on “LEGO registers trademark for potential new 2023 theme”