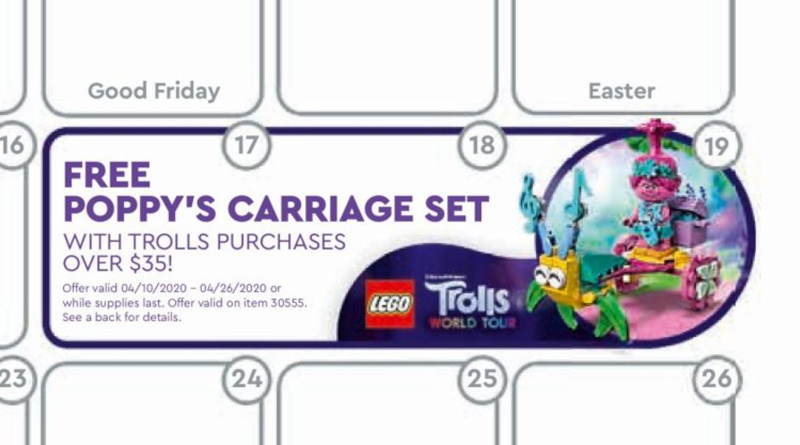 The year’s most colourful LEGO theme is getting a free polybag deal, as LEGO Trolls World Tour 30555 Poppy’s Carriage will be free with orders of $35 or more at LEGO.com from April 10, the Brick Fan reports.

As the name suggests, the polybag includes Poppy nd builds a carriage for the character. It also builds a happy-looking insect to pull the carriage along. One of the many neat recoloured elements in the theme is the treasure chest, which is included in this little set.

The latest exclusive seasonal set, LEGO 40371 Customisable Easter Egg, is free with orders at LEGO.com totalling £55 or more. Given that all of the LEGO Stores outside of China are currently closed, the deal is only available online.

The full range of sets launched on January 1:

Trolls World Tour will arrive in cinemas and be available for home rental on April 10.