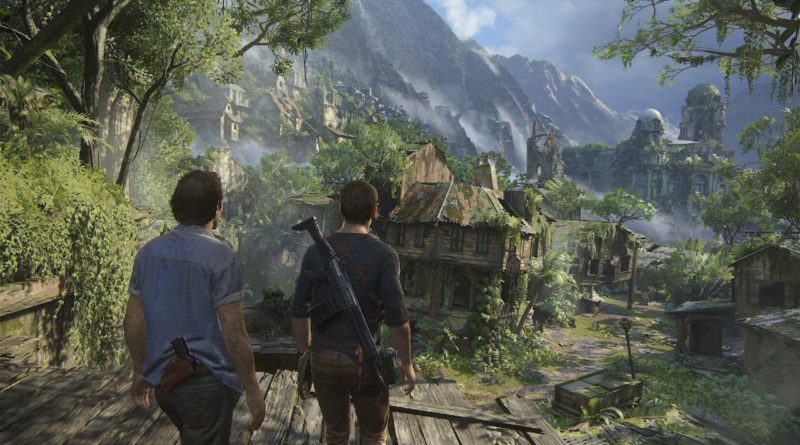 Sorry folks, looks like there won’t be a LEGO set based on the video game series Uncharted, as a recent rumour was just a hoax (which LEGO were in on).

Rumours of an upcoming LEGO set for 2022 based on the popular video game series Uncharted surfaced late last week, with details emerging on a potential set name and number, release date, piece-count and even particular features of the proposed set, with it also suggested to perhaps tie in with the upcoming movie adaptation.

Our original write-up of this very detailed rumour cautioned that the information surfaced from Instagram account falconbrickstudios – usually known for reposting rumours rather than running exclusives – and it has since transpired that they did indeed have a source and it was one who purposefully and skilfully misled them.

Fan blogger Jay, who is a member of the LEGO Group’s Recognised Fan Media initiative and a part of the LEGO Ambassador Network (LAN), has posted that he contacted falconbrickstudios and deliberately fed him the false information around the rumour. Jay writes that he contacted several users through an anonymous account and, knowing that just making up a rumour wouldn’t necessarily work, states that ‘I did leverage my LAN credentials’ – including sharing a document from the LAN – to give weight and credibility to his fake rumour.

Whether right or wrong, proving the existence of false information by creating false information, and by purposefully – and anonymously – misleading LEGO fans in a way only made possible by being part of the LAN, Jay describes his actions as a ‘journalistic project’.

The most interesting point to his actions is that the LEGO Group was aware of them in advance and gave them ‘the green light’, according to Jay. What sort of can of worms does that open up? Will it encourage other content creators of the LAN to take similar unusual steps in the future? Will it stop rumours being reported?

To that last question – no. Brick Fanatics reported on the Uncharted rumour off the back of Jay’s actions and we apologise to anyone who may now feel misled. Rumours remain unsubstantiated until otherwise proven (usually by the LEGO Group) – we take care to always make clear that this is the case, we did so in our original report on the Uncharted rumour and take this opportunity to reiterate the message.

Not every rumour turns out to be true, and that’s part of the fun.

It’s also worth mentioning that despite all this, it doesn’t 100% rule out a LEGO Uncharted set coming out. Rumours persist around a LEGO Gaming theme and Jay has previous of turning lies into truths – he ran a 2018 April Fool’s joke about LEGO James Bond sets months prior to 10262 James Bond Aston Martin DB5 ever coming to market. By that logic then, Jay may have just definitely confirmed a LEGO Uncharted set is coming out…