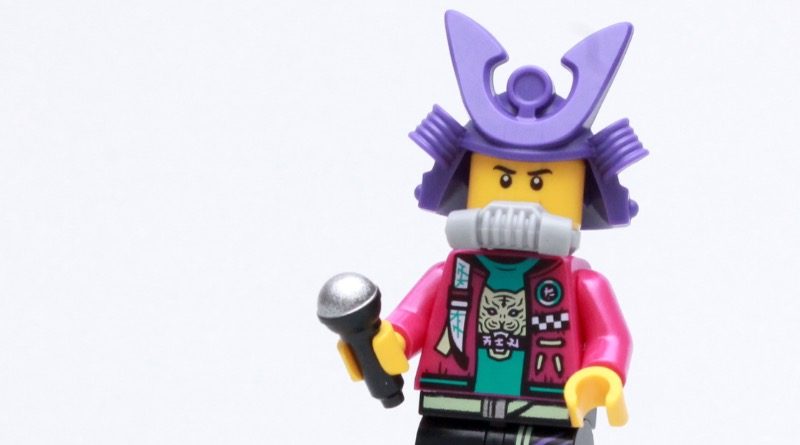 With so few new parts and a price hike that doesn’t justify the plastic, VIDIYO’s first batch of blind-boxed minifigures in 43101 Bandmates is a rare misfire from the LEGO Group.

Initial impressions can be misleading, but believe us when we say that – with a handful of rare exceptions – they probably aren’t here.

As you might expect from a set that costs £3.99 and very closely mimics the style of the Collectible Minifigures, there’s not much build to speak of in 43101 Bandmates: you’re basically putting the character together, then assembling the incredibly basic (but perhaps rightly so) stand, which also holds the three printed tiles.

Probably more worthy of mention is the experience of buying any single 43101 Bandmates box, because that’s exactly what it is: a cardboard box, replacing the usual plastic bags of the regular Collectible Minifigures, and ensuring that what you end up with is truly random.

You’ll still find a plastic bag inside, though, which means VIDIYO’s packaging doesn’t so much solve the environmental issues proposed by its predecessors as hide them inside a box where nobody can see them.

Thankfully, the next batch of actual Collectible Minifigures – 71030 Looney Tunes – has reverted to the tried and tested plastic packaging. We’re all for saving the environment, but VIDIYO’s halfway house is basically just the worst of both worlds.

There are a dozen different Bandmates to collect in this first series, and while they all deliver something new, none of them feel as fresh as any given Collectible Minifigures series. In fact, they mostly rely on elements introduced through that theme, occasionally in new colours.

Some do offer brand new moulds, and it’s those that stand head and shoulders above the rest: the Red Panda Dancer, Shark Singer, Ice Cream Saxophonist and Bunny Dancer will likely be high on your want list, while the comparatively dull Genie Dancer, Discowboy and Samurapper will be much lower down.

We can speak to at least one of those from experience, because our review sample of 43101 Bandmates contained the Samurapper, a concept that – on paper – sounds like it was better left in the ‘90s.

In practice, it’s not quite as cringeworthy as the name suggests: the Kabuto headgear originally introduced in NINJAGO is brand new in purple, and the printed torso and legs are nicely detailed. But the head feels less noteworthy given it’s appeared in another 20 sets since 2016, and the microphone is going on seven years old now.

In the end, it feels more like something you’d cobble together from the Build-a-Minifigure bar in a LEGO Store than a character you’d go out of your way to buy – a sentiment that, from images alone, looks to carry over to a disappointing number of 43101 Bandmates’ minifigures.

If you luck out and bag all 12 characters on your first try – and the odds must be incredibly slim – a complete collection of 43101 Bandmates will set you back £47.88. That’s the bare minimum retail price, and if you’re buying blind, it’s likely going to be even higher.

The comparisons to the Collectible Minifigures can’t really be avoided given VIDIYO has adopted exactly the same format, and in that department 43101 Bandmates represents a £6 increase on completing 71029 Series 21. It doesn’t sound much, but when you have them in your hands, you’re going to feel it. £3.99 per minifigure is a lot to ask – especially when none of the accessories introduce new moulds.

All that said, there is another factor to consider in the pricing of 43101 Bandmates, and that’s the play value involved with the app. We’ll dig deeper into the digital experience VIDIYO offers in a future review, but even with the research and development costs of that in mind, it’s not like the Collectible Minifigures don’t already offer their own inherent play value.

In that regard, whether you’re happy to pay the extra 50p per minifigure here will likely depend on just how much personal value you derive from creating bitesize LEGO music videos, because the minifigures in and of themselves really don’t feel worth it.

There are rare highlights to pick out in 43101 Bandmates, from the designs of their printed tiles to the unique heads sported by a handful of the characters. But they’re so few and far between that you’ll struggle to justify gambling a very expensive £3.99 / $4.99 / €4.99 on the first truly blind-packaged minifigure series.

Support the work that Brick Fanatics does by purchasing your LEGO from LEGO.com / Zavvi through one of our affiliate links.

How many characters are in LEGO VIDIYO 43101 Bandmates?

There are 12 different characters to collect across LEGO VIDIYO’s first series of blind-boxed minifigures, 43101 Bandmates.

How much does a LEGO VIDIYO 43101 Bandmates minifigure cost?

How many BeatBits does one LEGO VIDIYO 43101 Bandmates minifigure include?

You’ll receive three printed 2×2 tiles – also known as BeatBits – with each LEGO VIDIYO 43101 Bandmates blind box. One of those will be unique to the character, while the other two are included at random.

Is there a way to tell which LEGO VIDIYO 43101 Bandmates minifigure you’ll receive?

Nope: unlike the Collectible Minifigures’ malleable plastic packaging, these minifigures are housed in rigid cardboard, so the character you get will be properly random for the first time.