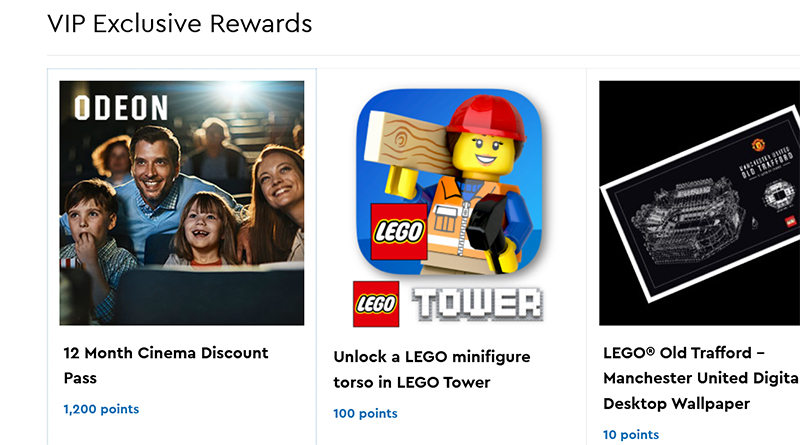 The type of rewards that LEGO VIPS can aquire continues to expand, with a 12 month cinema discount pass now available.

One of the changes that has been made to the LEGO VIP scheme is that fans can redeem points for more than just spending money. Recently a prize draw was launched for a rare San Diego Comic Con exclusive Shazam! minifigure and four new LEGO Originals prints were added to the artwork section.

Now, a 12 month cinema discount pass is available for 1,200 points. According to the brief description, the pass offers up to 40% off tickets at selected cinemas, including branches of ODEON. Each month, two adult and six child tickets can be purchased using the pass.

Future items that will be available as part of the prize draw rewards will include LEGO Star Wars 75252 Imperial Star Destroyer, signed by the designers, and signed copies of the Star Wars Visual Dictionary.