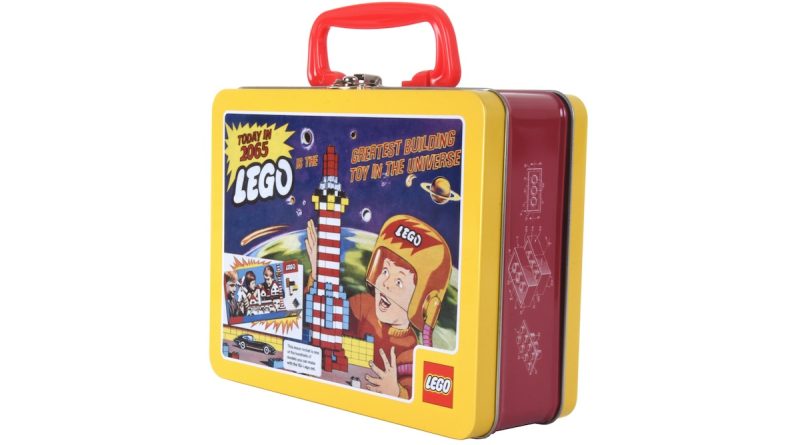 A new LEGO VIP reward has been revealed for September, with a retro Tin Lunchbox featuring a classic advertisement from 1965.

With September mere days away, the LEGO Group has now confirmed its first VIP reward for the month. Members wanting to get their hands on the new promotional item will be able to redeem 2,500 points to claim a Tin Lunchbox that features a retro design and a classic LEGO advertisement from 1965.

Measuring 20 cm wide, 16 cm tall and 7 cm deep, the Tin Lunchbox follows in the footsteps of a similar item that was available as a gift-with-purchase back in 2019. As with the previous Tin Lunchbox, the new version also includes sketches from the iconic 2×4 brick patent as part of its design, but appears to have a much sturdier carry handle.

The image on the front of the Tin Lunchbox is based on a classic space-themed advertisement used to promote LEGO products in the 1960s. Boasting the tagline, ‘Greatest building toy in the universe’, the image includes a basic brick-built moon rocket, just the sort of model kids were predicted to be building in the year ‘2065’.

The Tin Lunchbox VIP reward will be available from LEGO.com starting September 1 in all regions, except Mexico. Members who use their points to claim the item will receive a promo code valid for 60 days which can then be redeemed with their next purchase from the online store.