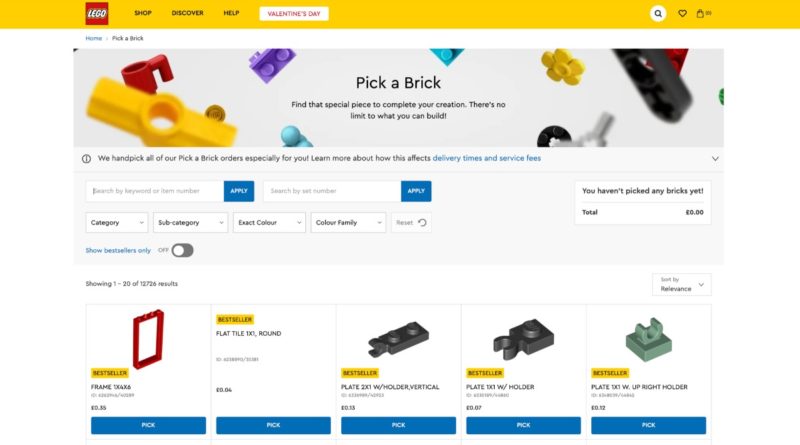 The LEGO Group’s latest survey is asking for feedback on its online Pick a Brick service, which has recently undergone sweeping changes.

Earlier this year, the company’s two separate parts services – Pick a Brick and Bricks and Pieces – merged into one consolidated storefront under the Pick a Brick banner. The aim was to streamline the process of buying individual elements, amid two services that were often difficult to differentiate.

The new and updated Pick a Brick has since been live for almost five months, and the LEGO Group has now launched a new survey to better understand how LEGO fans use the platform. It’s not directly related to the merger, however: instead, it’s tapping into the buying habits of consumers, learning how adult fans shop and identifying their priorities.

The questions therefore dig into how often you shop at LEGO.com, and whether you buy bricks directly from the source or through secondary marketplaces such as BrickLink, Brick Owl and eBay. You’ll also be asked to list suggested improvements to Pick a Brick – such as a revamped search function and better images – in order of priority.

It should take around 10 minutes to complete in total, and it’s totally anonymous, so feel free to air your concerns and suggestions alongside any positive feedback. According to the LEGO Group, the survey is your chance to ‘help build the Pick a Brick experience of the future’.

Click here to take the new LEGO Pick a Brick survey. No closing date has been given at this stage.