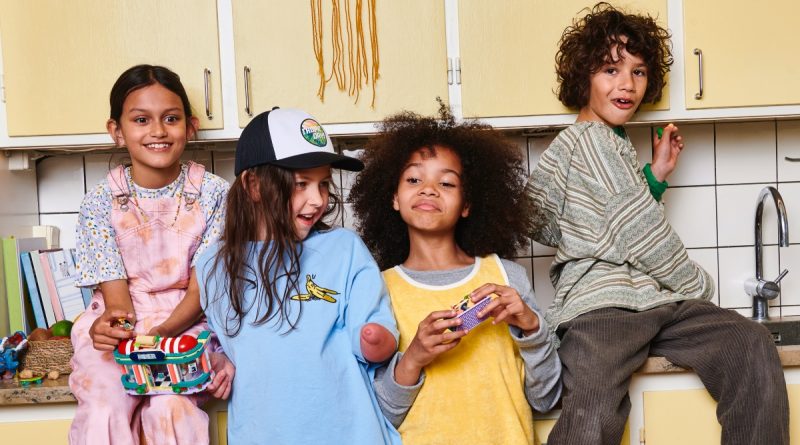 The LEGO Group says it will never use inclusivity or diversity as ‘tokenism’, affirming that its new LEGO Friends characters and traits will be ‘embedded in meaningful stories’.

Next year’s LEGO Friends line-up will introduce a brand new generation of characters, along with a more diverse mix of skin tones, physical and non-visible disabilities, and neurodiversity. The aim is to make the theme more ‘reflective of society today’, says LEGO Friends Head of Product Tracie Chiarella, based on research including the LEGO Group’s Play Well Study 2022 – which found that three in four kids believe there are not enough toys that represent them.

Character traits and both visible and non-visible disabilities present across the new range of LEGO Friends sets include anxiety, vitiligo, Downs Syndrome, limb difference and more, which will be communicated as much through the wider Friends universe as the physical products.

“We’re bringing a stronger connection between the product experience and what we’re doing with our content experience,” explains LEGO Friends Marketing Lead Costas Syrmos. “Not just for the TV show, but also what we’re doing with channels like [kids’ magazine] LEGO Life, for example. So a lot of these kinds of storylines will also be [present in] LEGO Life, in a way that kids can relate to.”

While these are potentially sensitive topics to handle, the LEGO Group is apparently not wading out into those waters on its own. Instead, it’s working with the Geena Davis Institute on Gender in Media, a US non-profit that advocates for equal representation of women in media. That’s just one way the LEGO Group says it’s working to more meaningfully approach wider representation across the next generation of LEGO Friends.

“We don’t want to use inclusivity or diversity as tokenism – we will never do that,” Syrmos adds. “Everything we do will be embedded in meaningful stories that the audience can relate to. When it comes to all the stories we’re writing, and the characters as well, we work very closely with the Geena Davis Institute. They are experts, and they vet all the stories to make sure that we’re on the right path, and we don’t make any mistakes in how we represent the world.”

The first wave of revamped LEGO Friends sets will land on shelves on January 1, 2023. Click here for a closer look at all five sets, or head here to find out more about the research process behind this reboot.