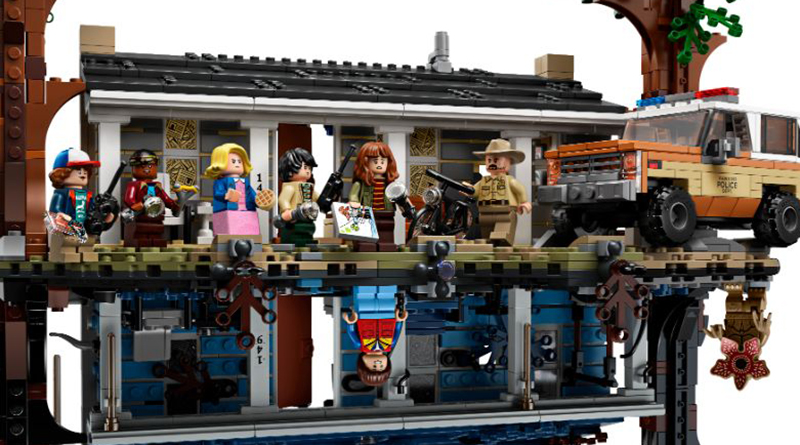 Three industry awards have been presented to the LEGO Group at the annual Toy of the Year Awards event.

New York Toy Fair is in full swing, with the LEGO Group scooping three Toy of the Year Awards an exclusive awards ceremony. Over 700 attendees saw the prizes given out at the 20th edition of the annual event, which raised money for the Toy Foundation.

While L.O.L. Surprise! Scooped the main overall award, the LEGO Group won in three categories. LEGO Stranger Things 75810 The Upside Down won the Specialty Toy of the Year award. The set builds Joyce Byers’ house from the hit Netflix show, with an Upside Down version built as a mirror image underneath.

The LEGO Group also saw success in the STEM/STEAM Toy of the Year category, winning with LEGO Star Wars BOOST 75253 Droid Commander, a set that builds three iconic droids from Star Wars – R2-D2, Mouse Droid and Gonk Droid – and then allows children to bring them to life while teaching them, basic coding.

LEGO City 60228 Deep Space Rocket and Launch Control won the Construction Toy of the Year award. The set builds a rocket along with the launch equipment and control centre needed to send it into space.

Here are the rest of the prize winners:

“The TOTY’s are renowned as the ‘Oscars’ of the toy industry, independently judged, and recognize the best and brightest products and the people who design, manufacture, and sell them,” says Steve Pasierb, President & CEO of The Toy Association. “We commend this 20th anniversary year’s outstanding TOTY winners and esteemed Hall of Fame inductees who have captured kids’ hearts and inspired millions through play. The over 600 TOTY entrants and the program itself reflect the toy community’s unmatched passion, innovation, and creativity all while raising vital funding for The Toy Foundation’s philanthropic mission of serving children in need.”