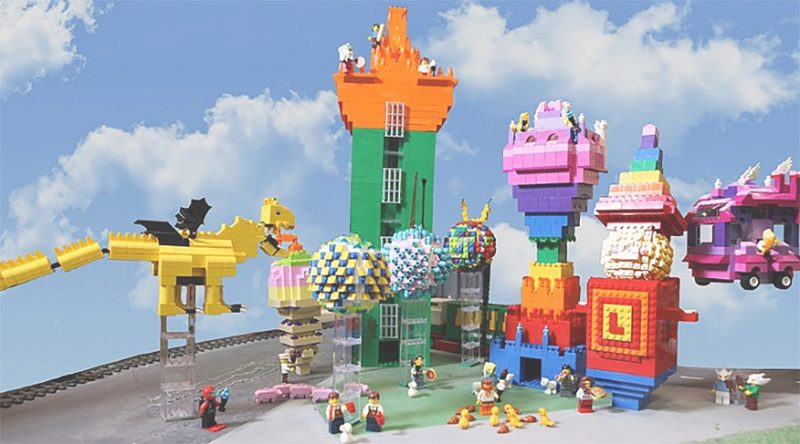 A seven year old has designed a vision of the future, that the Master Model Builders at the LEGOLAND Discovery Centre Manchester have transformed into an incredible LEGO model.

LEGOLAND Discovery Centre Manchester ran a competition asking children to draw their vision of the future, imagining how people will live in the year 2219. Flying cars, train tracks in the sky and personal jetpacks were just some of the ideas they came up with, the Lancashire Post reports.

Saira Ali, a seven year old from Preston, won the competition with her illustration that included sky orbs to light the night sky, cars that can fly and ice cream towers. Master Model Builder James Windle transformed her drawing into a real LEGO model using 4,385 bricks, creating a build that measures 50cm high and 60cm wide. 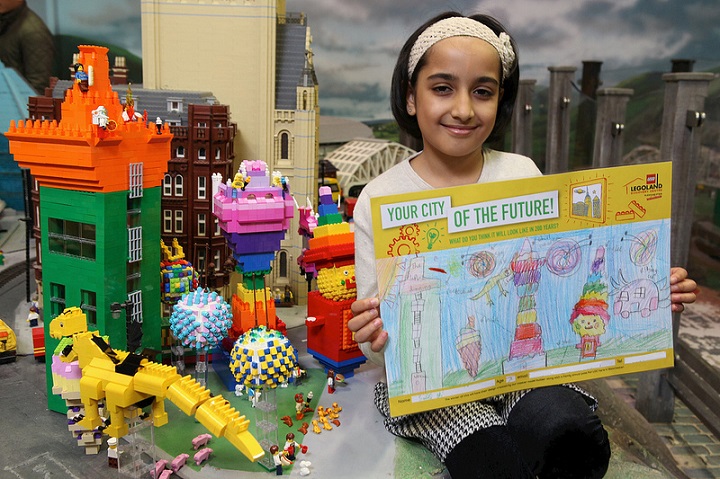 “I saw hundreds of interesting and creative visions of how we could be living in the future, highlighting what the next generation imagines our lives will be like,” futurologist Richard Watson from Technology Foresight Practice at Imperial College London, who helped judge the contest, told the newspaper.

“What stood out to me about Saira’s picture was how imaginative it was – from ice cream buildings to sky orbs to flying cars, she certainly shows an interesting vision of the future. If we already have driverless cars now, who’s to say we won’t have flying cars by 2219?”

“The world right now isn’t very colourful, so in the future I want everything to be more colourful and eye catching – that’s why I put lots of rainbow colours in there,” said Saira. “The flying cars just came off the top of my head, because it would be cool if you looked outside and all the cars were floating in the air with wings on them.”