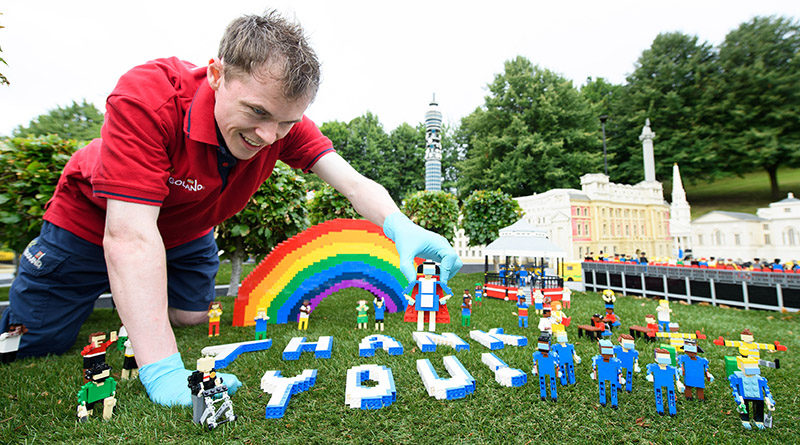 One of Inside LEGOLAND’s stars, Model Maker Will, reveals what it’s like to build models for LEGOLAND Windsor Resort.

Fly on the wall documentary Inside LEGOLAND has put the spotlight on some of LEGOLAND Windsor Resort’s talented team, including Model Maker Will. Children’s news show Newsround has interviewed the builder to find out more about what he does.

“I was actually training as a teacher so I was really used to working with children and bringing excitement to lots of different lessons so to do that in LEGO is fantastic I love it,” says Will. It wasn’t something he ever expected to be doing, having started out as a fan. “I didn’t think I would get here just from doing a hobby in my spare time.”

“The weirdest thing is probably these rats that I’ve got here because they’re really quite intricate, to make a rat, to be able to say you’ve done that at the end of the day is quite a weird thing,” he laughs.

He also highlights the importance of creativity in the role: “There’s no instruction manual like you get in a LEGO set.”

The next episode of Inside LEGOLAND airs on Sunday, August 30 at 8.00pm.