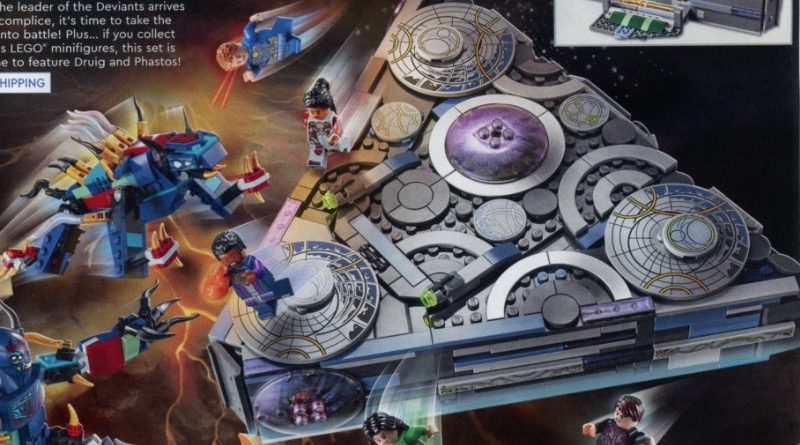 The LEGO Marvel design team breathed a huge sigh of relief at seeing the Eternals trailer – because they had no idea if the sets they’d chosen would be relevant.

Four tie-in LEGO sets are on the way for the Marvel Cinematic Universe movie, as revealed presumably prematurely by a Canadian LEGO catalogue in December 2020. And while the film was originally intended to premiere in February 2021 (until the pandemic forced it to change course), the LEGO design team cooked up those sets while everything was still in the concept phase.

That proved problematic for the LEGO Group – at least according to designer Mark Stafford, who revealed to Brick Fanatics at this year’s LEGO Fan Media event that the team only felt confident in their decisions after seeing the film’s first trailer last month.

“It is difficult to know from the concept art what’s going to be iconic,” Mark explains. “With Eternals, we got a picture of a triangular-shaped spaceship, or floating craft, or whatever. We have no idea if that would be iconic. And then it’s right there in the trailer, and [we’re like], ‘Oh, thank goodness, it’s relevant. It is going to be important.’”

Just how crucial 76156 Rise of the Domo will be to Eternals’ plot remains to be seen, but it’s safe to assume it will indeed carry some weight given its prominence in that first trailer. The 1,040-piece model will arrive on shelves alongside 76145 Eternals’ Aerial Assault, 76154 Deviant Ambush and 76155 In Arishem’s Shadow, although there’s no firm release date for any of the Eternals sets yet.

A safe bet would be November, which is when the Marvel movie is currently slated to debut in cinemas. We’ll keep you updated as soon as we learn more.