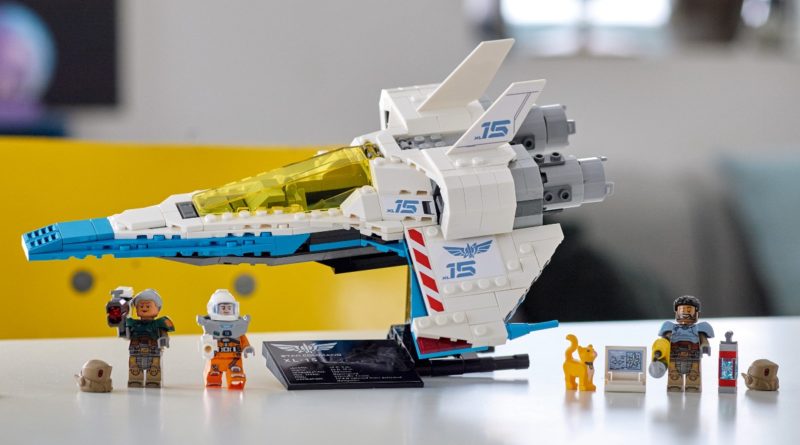 Disney and Pixar’s Lightyear lands in cinemas on June 17 and a new clip has been released showcasing the source for the film’s biggest LEGO set.

Though we can’t yet watch the full movie, clips for Lightyear are now available as part of the film’s marketing. For those who need a reminder, Lightyear has three LEGO sets now available, as well as a DUPLO model. These include 76830 Zyclops Chase, 76831 Zurg Battle and 76832 XL-15 Spaceship.

The ship that the latter model is based on can be seen in one of the new clips, which also includes a look at the interior.

Seeing the proportions of the ship in the animated film might help you appreciate the details of the model, and what the design team managed to capture from the interior of the vehicle in the relatively small space available within the model. You can even spot the I.V.A.N, the onboard computer system represented with a printed tile in the LEGO set.

Ahead of the movie’s release on June 17, the full range of LEGO Lightyear models is available now, and we’ve gone hands-on with some of the builds including 76831 Zurg Battle.