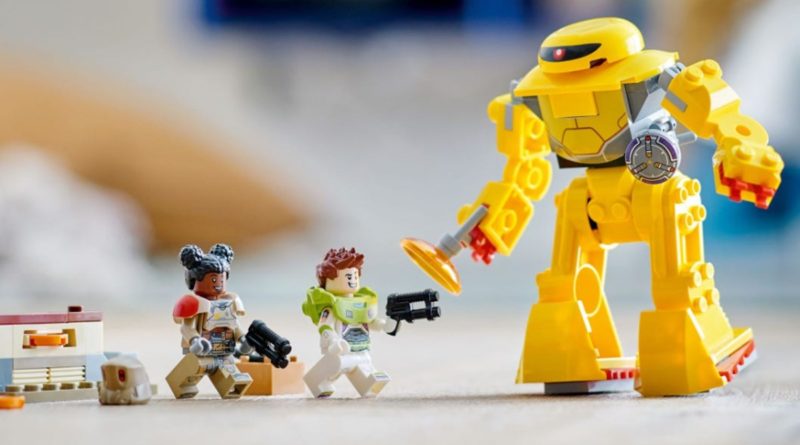 The 4+ LEGO Lightyear Zyclops has been given a makeover by the film’s director, leading to a more complex and movie-accurate creation.

Angus MacLane, the director for the upcoming Lightyear Disney Pixar film, has got his hands on the new 76830 Zyclops Chase, one of three models based on the movie. After already teasing that the film was designed to create a new Classic Space-adjacent element, he’s now upgraded the official Zyclops model to one that no longer aligns with the 4+ label.

That’s not to say there’s anything wrong with the 4+ set as the design of the Zyclops lends itself well to the larger elements such as the legs, though those wanting something with additional posing options might prefer to take inspiration from the director’s creation.

You can get a closer look at the Zyclops in the movie by watching the latest trailer for Lightyear below.

All three LEGO Lightyear sets – 76830 Zyclops Chase, 76831 Zurg Battle, 76832 XL-15 Spaceship, are available now on the official online store. While instructions for the director’s upgrade have not been released, the size of the build means it shouldn’t be too hard to follow along or make any other changes you might prefer.

Lightyear releases in cinemas on June 17.